How Iranian boy beats best chess player in the world 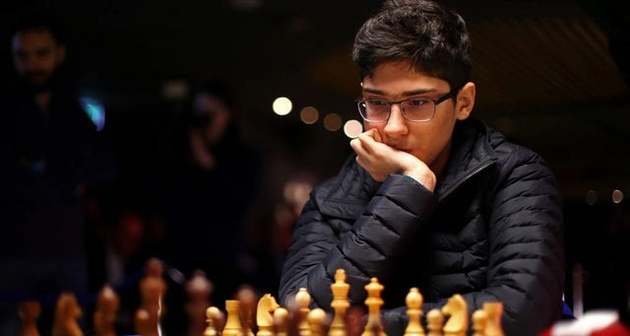 When you are up close and personal with genius it is hard not to feel privileged, even if proceedings are leaving you clueless. Sophisticates and philistines alike could at least sit back and enjoy the music as a teenage Mozart tinkled the ivories. With blitz chess, no such luck. To watch and listen as Magnus Carlsen and Alireza Firouzja commentated on the action while negotiating the 64 squares of conflict in their Banter Blitz Cup final was quite the experience to savour.

Inews.co.uk reports in its article Alireza Firouzja: How a 16-year-old chess genius knocked Magnus Carlsen off his perch - and is ready to do it again that the trier – that teeming chess species – was sent spinning by the rapid-fire rumination on patterns and possibilities that curled through the air like spoken hieroglyphics. Yet the contest was epic and wonderful besides, a slice of genuine sporting history for the lockdown era that has whetted the appetite of chess fans for the years that lie ahead. Carlsen, finally, has a worthy rival. And he is what Carlsen used to be – a child genius.

Since becoming the second youngest world champion in 2013, the Norwegian has been the unchallenged king of chess, the game’s biggest star since Bobby Fischer. Watching him play online is to enjoy not just the brilliant way he marshals his forces, but his nonchalant demeanour, his laconic wit. And he looks the part too. On the surface it would seem that great hair and a lantern jaw are trivial attributes in a game where iron logic is paramount, but they almost certainly supplement his aura of invincibility. After all, when the world’s first chess genius, Paul Morphy, travelled to England in the 1850s, the locals were surprised to greet a delicate strip of a man when they expected a leviathan.

Firouzja is just a 16-year-old boy with the shadow of a moustache above his lips. But the Iranian exile who lives in Paris owns the fastest mouse on the planet and he brought out a side of Carlsen that we rarely see last week. An anxious Carlsen, a Carlsen plagued with doubt. As the match lurched one way and then the other, the world champion kept up a running commentary on his own inadequacies, bemoaning his “nonsense” chess and admitting that he was “constantly collapsing”.

“I cannot think,” he declared with pointed irritation in game seven. “I also cannot not think, because what I’m doing without thinking is just really bad. I have no instincts right now - just none, they’re all gone.”

If an hour’s history of two minds is well told in a game of chess, as Cuban legend Jose Raul Capablanca believed, then the recent history of chess was well told by this 90-minute contest in which Firouzja emerged victorious in a nail-biting finale. Carlsen is simply not accustomed to losing – his unbeaten streak in classical chess, 120 games and counting, is a world record that will surely survive our lifetimes — and he has probably struggled to believe that a legitimate rival to his throne exists.

We are witnessing a spike in the temperature of chess, for the fearless Firouzja clearly begs to differ.

This struggle for supremacy is likely to define the coming decade. And chess fans don’t have to wait long for the next instalment. The two meet again on Monday afternoon in the Magnus Carlsen Invitational, an online tournament featuring the eight of the best players in the world. Be vigilant. The king is under attack.

Levon Aronian leaving Armenia due to officials’ indifference to him