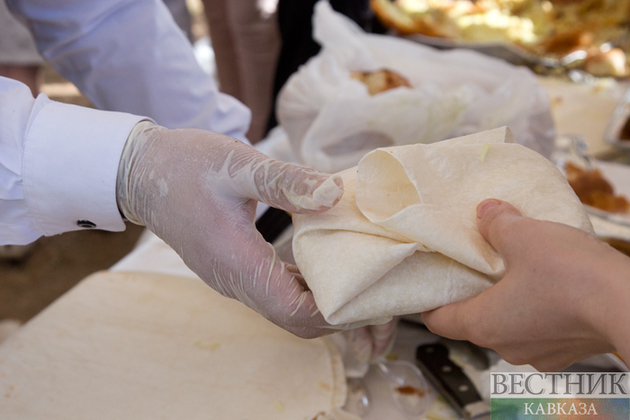 The monkeypox outbreak is drawing attention from international medical surveillance professionals and health practitioners because of key elements present in this latest event, originating from the African continent. Indeed, the international environment is heated and weary of disease and warfare, Dr. Theodore Karasik, a senior advisor to Gulf State Analytics, writes for Eurasia Review.

News reports say that about 130 confirmed or suspected cases of monkeypox, a rare viral disease seldom detected outside of Africa, have been found in at least 12 non-African countries in the past week. The emergence of the virus in separate populations across the world where it does not usually appear has alarmed scientists — and sent them racing for answers. Monkeypox triggers enlarged lymph nodes and, eventually, distinctive fluid-filled lesions on the face, hands and feet. Most people recover from monkeypox in a few weeks without treatment.

Monkeypox is not new but it is not old either. According to researchers, it is a species of large double-stranded DNA viruses belonging to the genus Orthopoxvirus. It is the etiological agent of a zoonotic disease, the first human case being identified in the present-day Democratic Republic of the Congo in the 1970s.

In an average year, a few thousand cases occur in Africa, typically in the western and central parts of the continent. But cases outside Africa have been limited to a handful associated with travel to Africa or with the importation of infected animals.

The number of cases detected elsewhere in the world in the current monkeypox outbreak alone has already surpassed the total number of cases outside Africa since 1970. This fact is why some professionals are expressing concern at the latest eruption as it is more communicable by being airborne and has a five- to nine-day incubation period.

The largest West African monkeypox outbreak in history began in Nigeria in September 2017. No exported cases were reported for almost the first year of the outbreak. However, within a three-week period in September 2018, three unlinked travelers infected with monkeypox left Nigeria and arrived in two countries. Seven months later, a Nigerian national became ill with monkeypox in Singapore

These “exportations” represent the first time a human host was documented to transfer monkeypox from the African continent. However, there have been a handful of examples of monkeypox outbreaks in animals within laboratories and zoos with no clearly identified source of infection since monkeypox was identified in monkeys in 1958. The source of the 2003 monkeypox outbreak in the US was determined to be a shipment of rodents from West Africa. At the time these outbreaks did not cause the “mass psychosis” about a monkey disease that has appeared since the onset of the COVID-19 pandemic.

Given the lessons-learned from COVID-19, some countries are already implementing guidelines to keep “safe” during this period. The procedures are really no different from COVID-19 protocols in terms of remaining as sanitary as possible. Washing hands and masks still may be required if you so choose.

Scientists have been keeping an eye on monkeypox ever since an eradication campaign for smallpox, a “cousin” virus, decreased significantly in the 1970s. Once smallpox was no longer a threat thanks to worldwide vaccinations, public health officials stopped recommending smallpox inoculation which also kept monkeypox at bay. With each year that has passed since smallpox’s eradication, the population with weakened or no immunity to these viruses has grown. The worry, not confirmed, is that the spread is among those who need a smallpox vaccination.

The World Health Organization confirms a very tiny 80 confirmed cases so far and 50 pending investigations. More cases are likely to be reported as medical surveillance expands. To be sure, WHO is working with the affected countries to expand disease surveillance to find and support people who may be affected, and to provide guidance on how to manage the disease. WHO’s Strategic and Technical Advisory Group on Infectious Hazards with Pandemic and Epidemic Potential met to discuss the disease and response strategies.

Given the outbreaks that appear so far to occur in very small clusters, the strategy for a greater spread is to “ring” the area. Healthcare workers would probably instead use a method called “ring vaccination” to contain the spread of monkeypox: This is to vaccinate the closest contacts of people who have been infected with monkeypox to cut off any further routes of transmission.

Now monkeypox is a political issue that requires facts, not hype. Probabilities are low with containment strategies but health officials are right to be highly attentive to monkeypox’s spread patterns this summer.