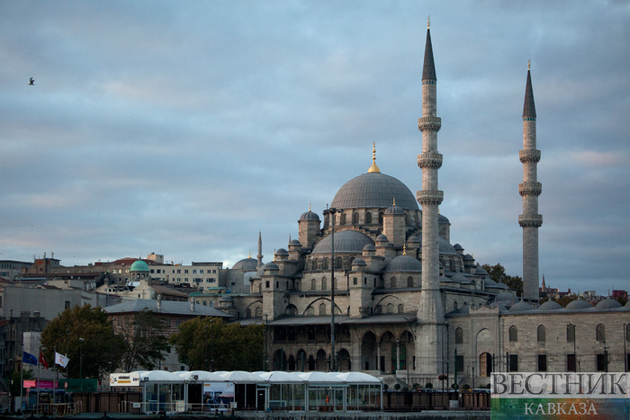 While referring to the Istanbul governor’s statement that there were 1,305,000 migrants in Istanbul, Interior Minister Süleyman Soylu on May 5 said that 500,000 Syrians are currently registered in the metropolitan city alone and that the others were residing foreigners, such as students and employees in foreign companies. This includes those who came to Turkey under international protection as refugees, Soylu said, speaking to broadcaster TGRT. The number of Syrians in Turkey stands at 3,760,000, and some 200,000 Syrians have been granted citizenship, Soylu stated, Hurriyet Daily News writes.

Referring to the recent public debate about the number of migrants in Turkey, the minister said many Syrians are exploited in factories as a cheap labor force in the country and that it would then be their employers that would complain. “A million people will return. Do you know who will rebel? Those are the business owners,” he said.

Soylu stated that the government does not allow any new asylum seekers to come to Istanbul. “We closed Istanbul to asylum seekers. We get results from this policy,” he said. He referred to the government work of constructing houses in the Idlib province of Syria and said there were a total of 13 projects in four centers. “There are health centers, schools, shopping malls and gyms included in the projects. That is, living space is created. We have been working on this for one and a half to two years,” the minister said.

These houses are financed by international aid organizations, and they aim to construct housing for 250,000, he said, adding that Syrians who are currently under temporary protection status in Turkey will settle there. “We must ensure a voluntary, dignified and safe return,” Soylu noted.

Turkey is working on a new major construction project in the Idlib province of Syria for the return of 1 million Syrians, President Recep Tayyip Erdoğan has announced on May 3, informing that it will be held with the participation of national and international non-governmental organizations. “Some 500,000 Syrians have returned to the safe regions [in Syria]. Constructing briquette houses was one of the steps [for Syrians’ returns]. We are now working on a new project for the voluntary return of one million Syrians. It’s a very substantial project that we will carry out with local governments in 13 different regions, including Azez, Jarablus and Tal Abyad,” Erdoğan said in a video message at a ceremony held by the Disaster and Emergency Management Presidency (AFAD) in Idlib on May 3. New briquette houses in different parts of the Idlib region were distributed to the Syrians at the ceremony.

Sergey Shoigu: “It’s time for Azerbaijan and Armenia to move on to bilateral contacts”