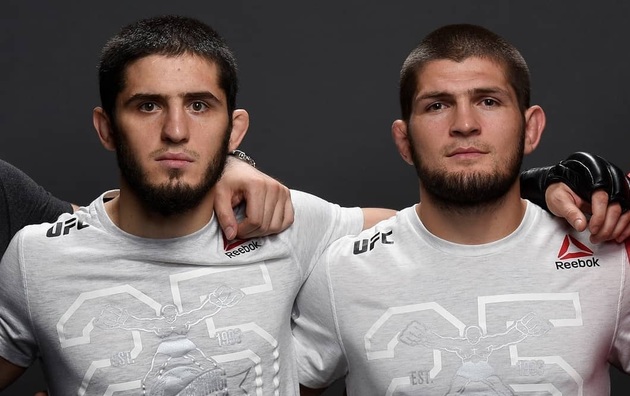 Khabib Nurmagomedov honours his late father’s legacy by stepping into his shoes and training rising UFC star Islam Makhachev. It’s been roughly nine months since Khabib Nurmagomedov retired from Mixed Martial Arts (MMA). July 3 marked the one-year anniversary of his father, Abdulmanap’s, death – the event that sealed the legendary fighter’s departure from the sport that bound him and his late patriarch together, TRT World writes.

With a perfect 29-0 record, and only 32 years of age when he hung up his gloves, many believed that Khabib was too young to call it a career and had much more to accomplish in MMA. But the Dagestani fighter, widely considered one of the sport’s greatest ever, ended one chapter to continue the one left by his father. Abdulmanap was more than his son’s coach and trainer, but one of those rare fighting savants that loom heavy in combat sports like boxing and MMA. A Cus D’Amato of MMA, if you will, who helped raise a village of fighters that are taking the sport by storm. Instead of the Catskills Mountains, where D’Amato moulded Floyd Patterson and a raw Mike Tyson into heavyweight champions, Abdulmanap’s terrain was the North Caucasus, where a young Khabib and Islam Makhachev stood apart as his star pupils.

On July 17, Makhachev soundly defeated the tough Brazilian competitor Thiago Moises. Makhachev, who improved his record to a stellar 20-1, is en route to being known on a one-name basis in the fight game – Islam – just like his close friend and mentor, Khabib. Filling in where his father left off, Khabib – whose massive shadow can overwhelm many of the up-and-coming fighters in his stable – is one of Islam’s main trainers and coaches. Beyond his influence, Abdulmanap’s persona left was heavily imprinted on the brooding style of his pupils. There was nothing showy or forced about Khabib, inside the cage and beyond it.

Unlike his archnemesis McGregor, he remained confident and collected, respected all of his opponents, and overpowered each and every one of them with that sublime sambo grappling technique. Islam is cut from that very same cloth: unshakably confident, poised and dominant. With Khabib stepping in where his father left off, Islam has evolved into the most feared fighter in his division, and indeed, the lightweight bogeyman that even higher-ranked contenders avoid.

Abdulmanap consistently preached humility and patience to his son – cornerstones of their Islamic faith that Khabib embodied, ultimately winning millions of Muslim fans all over the world.  Many believe that Islam, the fighter that bears the name of the faith that has become synonymous with Khabib, is his most promising protege. Some of the sport’s leading experts have dubbed Islam the “next Khabib,” and Khabib himself predicts that his charge will become a lightweight UFC champion.

Brian Campbell, of CBS Sports and the popular combat sports podcast Morning Kombat, has also tapped Islam as the next Dagestani champion from Abdulmanap’s “smash factory”. MMA icon Daniel Cormier, a mainstay at the AKA gym, also predicts that Islam will become champion. Lofty expectations often come with tremendous pressure, but having Khabib in his corner as a trainer and mentor gives Islam a considerable advantage over his adversaries. Currently ranked at number 5, many of those established names in the lightweight division have avoided a fight with Islam. The win over Moises has firmly put Islam in the thick of title contention, and will force the top contenders to get into the cage with him.

Building Islam into a champion is more than just the next professional chapter of the icon’s story – but the most fitting way to honour a man who fathered his career.

Khabib Nurmagomedov shows the fighters of his team (PHOTO)