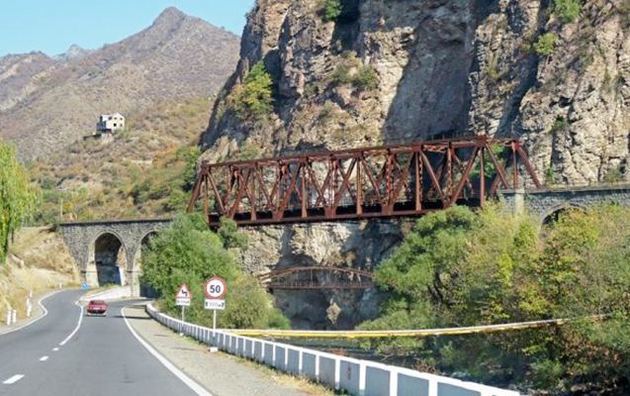 On February 9, Azerbaijanis celebrated the 98th anniversary of the establishment of the Nakhchivan Autonomous Republic of Azerbaijan. Autonomous status of the region has been determined with the Treaties of Moscow (March 16, 1921) and Kars (October 13, 1921).

Last year also marked the 100th anniversary of the Kars Treaty. In this regard, Chairman of the Supreme Assembly of Nakhchivan Autonomous Republic Mr. Vasif Talibov signed an order on marking the 100th anniversary of the Treaty of Kars on February 8, Tirana Times writes. The Treaty of Kars played a vital role in protecting the region from Armenian aggression during a very complicated political situation and in preserving this ancient land as an integral part of Azerbaijan, finalizing the autonomy status of Nakhchivan beside Karabakh. The Armenians have never given up their claims on Nakhchivan which has no connection to the mainland of Azerbaijan.  The path to Azerbaijan’s independence began in Nakhchivan in the early 1990s. Nakhchivan Autonomous Republic is indebted to Heydar Aliyev, national leader of the Azerbaijani people during those hard times. On September 3, 1991 in the extraordinary session of the Supreme Majlis of Nakhchivan Autonomous Republic, Heydar Aliyev took the responsibility to be Chairman of the Supreme Assembly. It’s worth to mention that on the initiative of Heydar Aliyev, the national state symbols of Azerbaijan were first time accepted in Nakhchivan, the "Soviet Socialist" phrase was extracted from the name of the Autonomous Republic, the work of local agencies of the communist party was ceased, the referendum for the continuation of USSR was refused, and the decision was taken to name the Supreme Soviet as the Supreme Assembly of the Autonomous Republic. Furthermore, Soviet troops were taken out from the region, Azerbaijan's 3-colour flag was raised in border points while Azerbaijan was still a part of USSR.

Over the years, Nakhchivan has passed a complicated and difficult way of development. The Armenians using the political situation during the last years of the Soviet Union resumed their activities to realize their occupation plans. Hence, the Republic of Azerbaijan again confronted with the Armenian terrorism and the armed attacks were launched onto Karabakh and Nakhchivan. In the wake of aggressive policy pursued by Armenia, the existing railway line and motor-way joining Nakhchivan with the other regions of Azerbaijan were closed, and Nakhchivan being isolated was constrained to subsist under the blockade conditions.

As a result, Nakhchivan’s blockaded residents developed an unwavering sense of self-sufficiency born from necessity. Today Nakhchivan AR economically has become one of the most developed regions of Azerbaijan. Over the recent years, significant steps have been taken in the development of Nakhchivan, strengthening its status of autonomy and improving the welfare of its population.

With its ancient history, rich culture and centuries-old national heritage, Nakhchivan is one of the cradles of human civilization and a popular trade, art, science and cultural center of the East: the written sources, the archaeological materials discovered in the area of Nakhchivan, the famous Gamigaya petrography and other monuments in the territory once again prove that the age of Nakhichevan is around 5 thousand years.

Being involved in empires, sultanates, and khanate the name of Nakhchivan was altered many times. Some of these names are: Nakshi jahan (“The Beauty of the World”), Nuh chikhan (the place where Prophet Noah landed), and etc. The word Nakhchivan was differently presented in early sources: Naksuana in Greek, Nakhch in Pehlevi, Nakhchuan in Arabic. Despite so many ideas put forward by different researchers about the name of Nakhchivan, the name of the area is closely associated with Prophet Noah and Legend of World Flooding. Prophet Noah’s grave is also found in Nakhchivan city and a Complex is restored to this honor.

The Tourism potential of Nakhchivan is very high offering cultural heritage, historical, botanical, bird watching, ecological, health, and resort etc opportunities to many local and International travelers throughout the year.

Nakhchivan is also famous for religious holy places and sanctuaries such as Ashabi-Kahf, which was mentioned Islam's holy book, the Qur'an. Nakhchivan is a unique destination for health tourism as well. Being one of the symbols of Nakhchivan and having natural reserves of salt, numbering 90 million tons, Duzdag (Salt Mountain) is unique in the world, specializing in treatment of asthma and bronchial system illnesses.

Today this ancient land of Azerbaijan has entered a new stage of development.  Nakhchivan’s strategic significance increases in terms of opening communication corridors and transportation routes in the region after the II Karabakh War. The establishment of the Zangezur corridor linking Azerbaijan to its Nakhchivan exclave, according to the recent trilateral agreement signed by Azerbaijan, the Russian Federation and Armenia on November 10, 2020, has the potential to propel not only economic but also positive political developments in the region.

From the perspective of Eurasian connectivity, the Zangezur corridor could become part of both north-south and east-west transport corridors that get through the South Caucasus. The Zangezur corridor will contribute to the development and prosperity of the entire region, including Armenia.