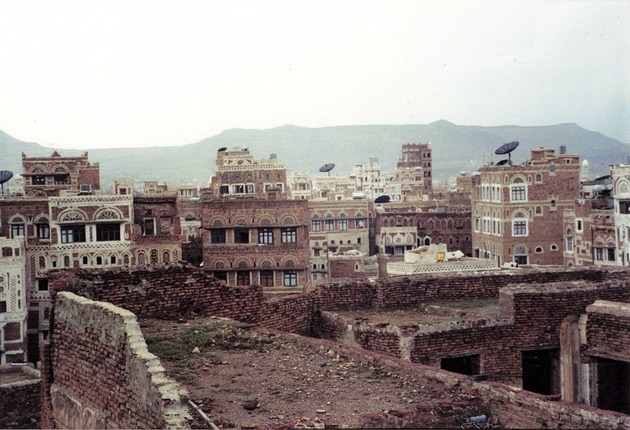 Today the Saudi-led coalition fighting in Yemen says it struck a Houthi rebel camp in the capital Sanaa, since they launched more than 400 ballistic missiles towards Saudi Arabia, Al Jazeera reports.

The coalition, which backs Yemen’s internationally recognised government against the Houthis in the civil war, said it destroyed weapons storehouses in the rebel-held capital. “The operation in Sanaa was an immediate response to an attempt to transfer weapons from Al-Tashrifat camp in Sanaa”,  the official Saudi Press Agency said in a statement.

Yemen has been wracked by civil war since 2014 pitting the government against the Houthis who control much of the north. Tens of thousands of people have been killed as a result of the war, leaving the country in what the United Nations has described as the world’s worst humanitarian crisis.

Saudi Arabia has long accused Iran of supplying the Houthis with sophisticated weapons and its Hezbollah proxy of training the rebels, charges Tehran denies. Yesterday the coalition launched a “large-scale” military operation against the Houthis after missiles fired by the rebels killed two people in the kingdom. Those air raids on Saturday killed three civilians, including a child and a woman, Yemeni medics told the AFP news agency.

The coalition has intensified its air raids on Sanaa, targeting earlier this week the airport, whose operations have largely ceased because of a Saudi-led blockade since August 2016, with exemptions for aid flights.

The armed group often launches missiles and drones into Saudi Arabia, aimed at its airports and oil infrastructure. The UN estimates Yemen’s war will have killed 377,000 people by the end of the year, directly and indirectly.

The UN’s World Food Programme said it has been “forced” to cut aid to Yemen due to lack of funds, and warned of a surge in hunger in the country. More than 80 percent of Yemen’s population of about 30 million requires humanitarian assistance.

Pakistan tries to broke peace between Iran and Saudi Arabia

Tehran has no money to support Houthis

Russia could become a moderator of the Yemeni settlement