The cursed Tokyo Olympics: now in the path of tropical storm 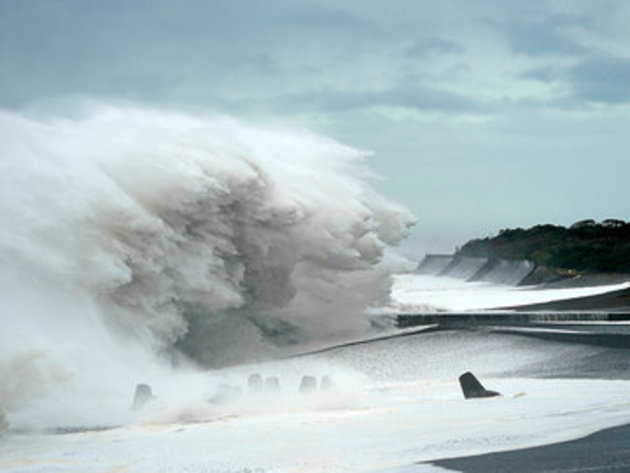 Japan's Meteorological Agency forecasted that Tropical Storm Nepartak could make landfall on Tuesday in the area that includes Tokyo, Gizmodo reports. Against all odds, and a one-year delay, the Tokyo Olympics are currently taking place, squaring off against a global pandemic and sweltering heat. It’s probably safe to say that these Olympics are cursed, especially considering that after all that, organizers now have to worry about a tropical storm.

Japan’s Meteorological Agency on Sunday forecasted that Tropical Storm Nepartak could make landfall on Tuesday in the Kanto area located on country’s main Honshu island, which includes Tokyo, according to the Japan Times. However, there was also a chance that Nepartak could instead head north to the Tohoku region, also on Honshu. The outlet reported that a warning for heavy rain, strong winds, and high waves has been issued.

While that may sound bad, it could have been worse. Experts have said they does not expect Nepartak to turn into a typhoon, which is the equivalent of a hurricane. (The only difference between the two is the location where the storm occurs). As noted by the Times, typhoons are common in Japan, although Tokyo tends to see storms in late summer and early fall.

Nonetheless, Nepartak raised alarm among Olympic officials, who moved to reschedule planned rowing competitions. Rowing isn’t the only sport at risk though. Pretty much all of the ones that are held outside are.

Takaya Masa, spokesperson for the Tokyo 2020 organizing committee, told ESPN on Saturday that the body was looking closely at the storm’s path and making decisions as preventative measures. She added that the committee would act responsibly if the storm made landfall in Tokyo and caused damage. “Unlike an earthquake, we’re able to predict the path of a typhoon so we can make plans,” Masa said, referring to an earlier prediction that warned the storm could be a typhoon. “Changing the schedule is not a rare event, and we understand the burden it’ll have on athletes.”

As mentioned above, it’s not certain that Nepartak will hit the Tokyo area. Perhaps we’ll have a clearer forecast on Monday, but we should be prepared. The Tokyo Olympics have so far been a magnet for bad luck and unfortunately, a tropical storm wouldn’t be surprising. Here’s to wishing for the best and hoping everyone stays safe in Japan.