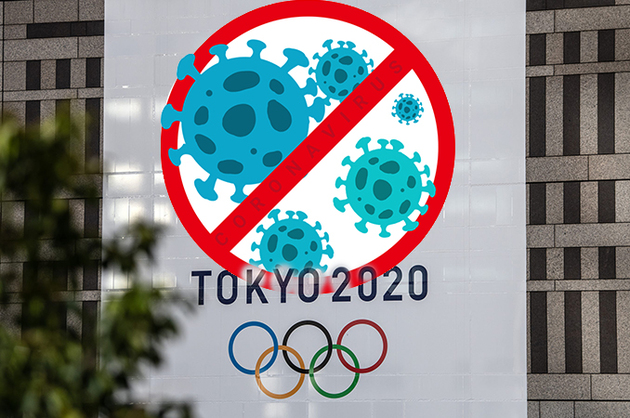 The biggest Covid-19 danger to the Tokyo Olympics is not the thousands of athletes and officials coming from abroad but whether the games lead to greater mobility and socialising among local people, according to experts studying the event. Financial Times reports that although public anxiety in Japan has focused on the 100,000 athletes, trainers, officials and reporters who have begun to arrive seven weeks before the games, epidemiologists said the greatest risk was a change in public behaviour.

Their analysis helps explain why Japan has pushed ahead with the Olympics despite widespread opposition, as Tokyo can limit public mixing if it ultimately decides to hold the games without spectators. “More than the number of people, it’s how they behave. That’s the issue,” said a Japanese health administrator who has seen the official epidemiological advice.

Tokyo and other big cities in Japan remain under a Covid-19 state of emergency, prompting calls from doctors, business leaders and up to 80 per cent of the Japanese public to cancel the Olympics. Slow progress on vaccination means most Japanese remain vulnerable to the disease.

Japan has given at least one dose of vaccine to just 9 per cent of its population. Experts identified four separate risks to holding the games this summer: Olympic visitors spreading coronavirus; increased mobility among the Japanese public; the strain on medical resources; and the threat of new Covid-19 variants entering the country.

Of those risks, most analysts think the danger from Covid-carrying Olympians is limited. Taisuke Nakata, a researcher at Tokyo University, applied a standard epidemiological model to the Olympics. Even with extremely pessimistic assumptions — only half of the visitors vaccinated, none of them respecting quarantine and 100 infections missed by testing at the border — the arrivals had little impact on Japan’s Covid-19 outbreak.

According to Nakata’s model, the result of this scenario is an increase of about 15 infections a day some months later.  “Intuitively, it’s just that the number of Olympic visitors is less than 1 per cent of Tokyo’s population,” he said. Since coronavirus is already prevalent in Japan, the athletes and other visitors cannot accelerate the pandemic much.

In reality, 80 per cent of the visitors are expected to be vaccinated and they will undergo strict quarantine with daily Covid-19 tests, so their impact on infections in Japan should be minimal.

The more serious threat is that the event prompts a change in behaviour by the Japanese public. Tokyo has controlled Covid-19 by closing restaurants at 8pm and asking them not to serve alcohol to limit the amount of high-risk socialising.

Filling stadiums with fans would have the opposite effect. “If the athlete you’re supporting wins a gold medal then you’re going to shout with joy and then everyone’s going to say ‘let’s go for a drink’,” said Shigeru Omi, the doctor in charge of Japan’s Covid-19 response, in testimony to parliament.

The third area of risk was stress on the medical system, both in terms of doctors and nurses needed to staff the Olympics and the pressure from more Covid-19 cases. As a result, Japan’s clinicians tend to be more negative about the games than epidemiologists. “It’ll draw doctors away from university and city hospitals,” said Satoshi Hori, an expert on infection control at Juntendo University in Tokyo. “They’re unpaid volunteers. At present they’re busy at hospitals so it’ll cause a shortage of staff.” Hori said the Olympics should be cancelled. “For a short event, holding it in a bubble is practical, but to have lots of events in lots of venues over weeks — can that really be held in a bubble?” he asked.

The final danger is that a visitor to the games brings a new Covid-19 variant into Japan. Naoto Ueyama, head of the Japan Doctors Union, has even speculated that holding the games could give rise to a “Tokyo Olympic” strain of the disease.

However, most of the known variants, such as those first detected in the UK and India, are already present in Japan, although a recent variant found in Vietnam is not. If variants had not reached Japan, the additional risk of the Olympics would be much higher.

Putting all the risks together, Japan is thinking about how to manage the Olympics rather than whether to go ahead, said the health official. “We’ve held various sports events from sumo to baseball during Covid-19. We have the experience of keeping coronavirus to current levels without a hard lockdown.”

Unless the government loses its nerve in the final weeks, Japan will soon try to repeat the trick while hosting the biggest sporting event on earth.