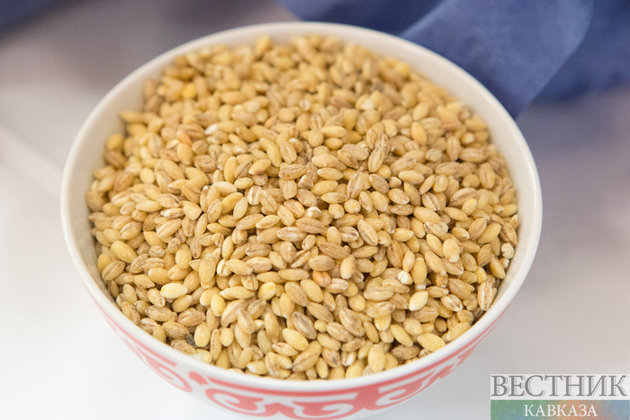 Türkiye's government-run relief organization is helping Pakistani farmers affected by floods to lessen a looming threat to food security brought on by recent extreme floods and rains that submerged millions of acres of croplands around Pakistan.

According to Daily Sabah, in order to help the thousands of farmers in the severely damaged provinces of southern Sindh and southwest Balochistan, the Turkish Cooperation and Coordination Agency (TIKA) has started a program to distribute wheat seeds to farmers.

The primary winter crop in Pakistan is wheat, which provides a significant portion of the country's farmers with a living. According to TIKA Karachi Coordinator Halil Ibrahim Başaran, the organization has so far provided 60 tons of wheat seeds to 700 small-scale farmers in Sindh's eight worst-affected districts.

the organization held its most recent ceremony in the Matiari district to distribute wheat seeds to more than 100 farmers in partnership with the Sindh Agricultural University in Tandojam. At the ceremony, Başaran stated that the program is intended to help small-scale farmers who have experienced significant loss in terms of ready-to-harvest crops and cash as a result of intense flooding and storms.

He added that now that the floodwaters have subsided, the main needs of the numerous farmers in the flood-affected areas are seeds and fertilizers.

"We always heard about the friendship and brotherhood between Türkiye and Pakistan, but today we have witnessed it," said Ghulam Mustafa, one of the program's beneficiaries, thanking Türkiye for its support.

On the orders of President Recep Tayyip Erdogan, Türkiye has so far delivered some 15 flights and 13 "Kindness Trains" full of relief supplies, including tents, boats, food items, medications, vaccines and other supplies.

A third of Pakistan was submerged by the torrential monsoon that started in mid-June and lasted until late September, washing away hundreds of thousands of homes, schools, bridges and animals, in addition to killing over 1,700 people.

The devastating floods have cost the already troubled nation's economy $30 billion in losses.