US approves anti-drone system sale to Qatar worth $1bn 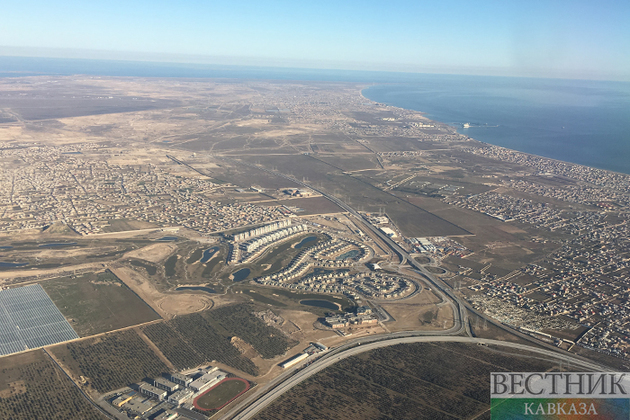 Qatar has eyed new US arms deals since being designated a major non-Nato ally by President Joe Biden in January.

Middle East Eye reports that the US State Department has approved the potential sale of a $1bn anti-drone system to Qatar, the pentagon said this week. “This proposed sale will support the foreign policy and national security objectives of the United States by helping to improve the security of a friendly country that continues to be an important force for political stability and economic progress in the Middle East,” the statement said.

Qatar has also been waiting for a response from the US on a request it made more than a year ago to buy four armed MQ-9B Predator drones, as part of an estimated $600m deal to boost their defensive capabilities. Hopes for progress on the arms deal were raised in January when US President Joe Biden designated Qatar a major non-Nato ally.

Qatar is home to Al Udeid, a US air base and the forward operating headquarters of all US forces in the Middle East, also known as Centcom. Qatar’s designation as a major non-Nato ally placed it among the ranks of Bahrain and Kuwait as one of the few Gulf states with the title, giving Doha preferential access to US military equipment and technology, free surplus material, and prioritised cooperation on training. The gas-rich Gulf country has seen its political and economic heft swell amid the situation in Ukraine and a global scramble for energy supplies.

This month Qatar inked a 27-year gas supply agreement with China’s Sinopec, and on Tuesday signed a 15-year gas deal with Germany.

Qatar is one of the world’s largest producers of Liquified Natural Gas. It is currently working on a $30bn expansion of its North Field, designed to boost the country’s LNG output by 40 percent a year by 2026. In its statement, the State Department said the sale “will not alter the basic military balance in the region”. Some US lawmakers have put up resistance to arms sales to Qatar because of its recent spat with neighbouring Gulf states.

Saudi Arabia and the UAE led a boycott of Qatar over its support for the Muslim Brotherhood. However, in January 2021, the countries signed the Al-Ula accord, resolving many of their differences. The regional rapprochement has been on display at the World Cup being held in Doha, where Saudi Arabia’s Crown Prince Mohammed bin Salman has been pictured next to Qatar’s Emir Tamim bin Hamad Al Thani. Both rulers have been pictured sporting each other's respective flags at matches.