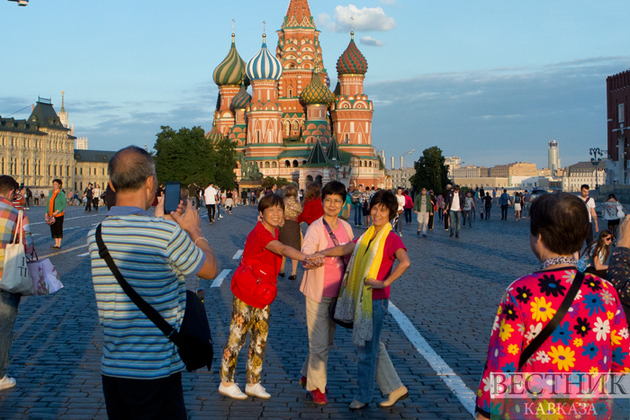 New think tank survey shows mainland Chinese support Russia’s special operation in Ukraine and frown broadly on the US. A new survey of over 3,000 mainland Chinese respondents shows that public perceptions of Russia have improved over the past three years, with Russia now being the country the Chinese public now favors the most, closely followed by Pakistan, Asia Times writes.

The survey, which was conducted by the Central European Institute of Asian Studies think tank in March after the Russian operation started in Ukraine and released on May 12, suggests the Chinese public largely supports Moscow’s actions, while public views about the US have significantly worsened in recent years, according to the survey’s organizers.

Of the 25 countries that Chinese respondents were asked about, Russia was the most positively and the US most negatively perceived. Almost 80% had positive feelings about Russia, whereas less than a third had a similar disposition towards the US. Four-fifths reported that their views of Russia had improved over the last three years.

“Our findings show that the Chinese public was not disturbed by the Russian moves and actually seems to support Russia's special operation,” Richard Turcsányi, a key researcher at Palacky University Olomouc who led the survey team, said in a statement.

Of the Chinese who said their opinions of Russia had improved, it was because they trusted Russia’s leadership. Common responses were “trust Putin,” “Putin has guts,” “strong leadership.” Many Chinese also said they felt there was  “brotherly love” between Russia and China, and believed that an “enemy of an enemy is our friend.”

India was the second-most negatively viewed country of the 25 surveyed, followed by Japan. Of Southeast Asian countries, 48% had negative opinions of Vietnam, and more than two-fifths had negative perceptions of Indonesia and the Philippines.

Singapore was ranked third-most favorably of the 25 surveyed countries, after Russia and Pakistan. Some 56% said they felt culturally similar to the city-state, and 60% said they reckoned Singaporeans would be welcoming to Chinese visitors. The Vietnamese were perceived to be the third-least friendly to Chinese guests.

“Bilateral relationships are an important factor driving the attitudes of the Chinese toward foreign countries. Chinese domestic propaganda seems to be working,” Turcsányi stated.

The report also found that Chinese respondents’ views of foreign countries correspond closely with their perceptions of those countries’ views of China.  Almost 60% of the survey’s participants said they thought Americans had a negative view of China. By comparison, only around 10% thought Russians took a dim view of China, which might explain why Chinese held Russia in such apparent high esteem.

Some 90% of respondents evaluated China as economically strong, some eight percentage points ahead of the US. The same percentage also believed China to be militarily the strongest country in the world. India and Japan were seen as the weakest, followed by the European Union.

When asked to what extent China should adopt either tough or friendly policies, almost 60% said a tough policy with regards to the US. More than 20% said “very tough.” The vast majority of respondents said “protection of China’s sovereignty and security” should be Beijing’s number one foreign policy priority.

On the one hand, such negative opinions of the US don’t spill over into all areas of life. A majority (53%) viewed America as culturally attractive, while only 26% disagreed.

“The tense diplomatic relations have not significantly damaged the Chinese public’s admiration for American culture, and a majority of Chinese still considered the US culturally attractive. We are not in a full-fledged Cold War yet,” Tao Wang, research associate at Manchester China Institute and co-author of the report, said in a statement.

However, one striking indication of the gulf between China and the West was over Covid-19 vaccines. Some 55% of Chinese respondents would be unwilling to receive US-made Covid vaccines, and just under half would be reluctant to be immunized with European vaccines. A majority would, however, be willing to be jabbed with a Russian-made vaccine.

“While some scientists argue that deploying Western vaccines is the key to China’s exit from the pandemic, our findings forebode that Beijing may have a long way to go,” Wang said. “The Chinese public’s skepticism about Western vaccines is incredibly widespread and can be a real challenge down the road,” he added.

U.S. does not believe China is neutral