Why Turkey seeks to renew links with Israel? 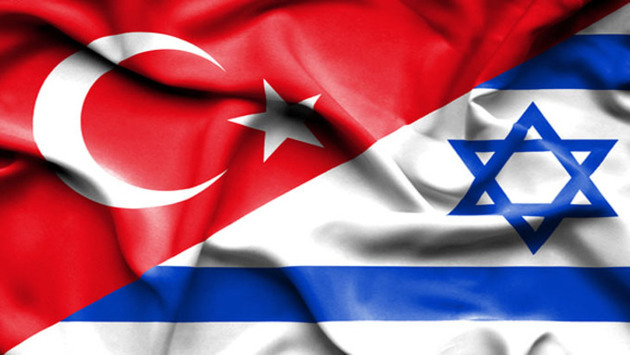 While the UAE and some other Arab countries have made public their normalization with the Israeli regime, some non-Arab states have also joined in. Turkey is one of them. Over the past few days, Ankara has stressed the need to normalize with Tel Aviv, EXbulletin writes.

Turkish-Israeli relations have been strained since 2008 with the invasion of the Gaza Strip by the Israeli regime and the start of the deadly war in Gaza. Again in 2018, with Trump taking steps to recognize Al-Quds (Jerusalem) as the Israeli capital, tensions increased, forcing Turkey to recall its ambassador from Tel Aviv.

Erdogan’s economic policy of cutting interest rates sent shock waves through the economy, causing the national currency pound to fall against the US dollar. Such a situation, as well as American and European sanctions against Ankara and the continued cold relations between Turkey and the United States, as Biden has shown that he was not a fan of Turkish President Recep Tayyip Erdogan. In a campaign speech, Biden said Erdogan’s Turkey was authoritarian and that Washington should help its election opponents to oust the Turkish leader from power. Erdogan has been in power since 2002, when his Justice and Development Party won the parliamentary vote.

In recent days, Erdogan in addition to presenting a plan to get out of the current economic situation, has called for changes in the country’s foreign policy in relations with other countries, especially the Israeli regime. “Despite the differences between Tel Aviv and Ankara over Palestine, the two sides have economic relations,” Erdogan said during a meeting with Turkish Jews and members of the Alliance of Rabbis of Islamic States. “Trade and tourism have developed. These relations are vital for the security and stability of the region and will soon return to normal, ”Turkish Foreign Minister Mevlüt Çavusoglu said at his last press conference at the end of 2021, adding:“ Diplomatic relations with Israel have also started, which, of course, concerns the preservation of Palestinian principles of Turkey; consultations have started with the new Israeli cabinet, and we are conducting this process with a realistic approach. ”

Politico-military aspect: With the beginning of the normalization of Israeli-Arab relations, Tel Aviv has sought to increase its influence and presence in the Persian Gulf. Besides the positive economic effects, the Israeli grip would also make Tel Aviv an alternative to Ankara for the Arab states in the context of Turkey’s passivity in the region. This Israeli plan comes as Turkey has always tried to raise the question of Palestine in order to present itself to the Muslim public as a benchmark and a leader among other countries in the defense of the Palestinian cause. But normalization would hurt this agenda. Yet Ankara sees the benefits of relations with Tel Aviv outweighing its Palestinian policies and favoritism; so he decides to approach the Israeli government. Stronger ties with Tel Aviv would help Erdogan use the Israel lobby in the United States to improve Washington-Ankara relations. At the same time, it must be said that the Israeli regime got involved in the Karabakh crisis with the support of Azerbaijan, together with Turkey, and provided military support in Baku, which laid the foundation of a new stage in Turkish-Israeli-Azerbaijani military cooperation. .

Economic Aspect: In recent years, the economy has played an important role in Turkish-Israeli relations, and the two have always had trade relations with each other, even at times of critical political relations. Their trade volume in 2018 was over $6.2 billion and $10 billion in 2019. In 2020, Turkey increased its exports of food and drink products to the diet. “Despite the deterioration of Israeli-Turkish political relations, their mutual trade has flourished in recent years,” said the Tel Aviv-based Israel Center for Internal Security Research, which is affiliated with Tel Aviv University, in a study on their trade relations.

According to official data, two-thirds of bilateral trade was Turkish shares. In 2019, half a million Israeli tourists visited Turkey, a figure similar to that recorded before the Israeli attack on the Turkish aid ship Marmara bound for Gaza in 2010. During the economic crisis in Turkey, the importance and necessity of relations with the Israeli regime increased for the Turks, and the Israelis, on the other hand, believe that trade relations are an important element in bilateral relations that prevent the breakdown of relations under critical political conditions.

Struggling to overcome the impacts of US and European sanctions, Ankara seeks to reconnect with Tel Aviv. The current situation has once again convinced Turkish decision-makers of the priority of relations with Tel Aviv over the defense of the Palestinian cause. With Erdogan’s green light given to the Israelis in recent days, their bilateral trade and economic ties are poised to expand.