Will EU continue to support Kiev?

Yesterday the President of Ukraine Petro Poroshenko once again said about the threat of a full-scale war with Russia, accusing it of building up its military presence in Crimea, as well as the presence of troops in "the southeast" and Transnistria, which "may at any time be used for attacking our territory and threatens our borders."

Yesterday, Russian politicians and political scientists considered the Ukrainian factor in the relations between Russia and the West.

The director of the Center for Political Information, Alexei Mukhin, believes that "Ukraine is a radioactive state, which aims to delimit the West and Russia. An analysis of the statements made by the Ukrainian leadership, not only Poroshenko, but by the rest of its members, brings us to the idea that this country is a Trojan horse, which has only one purpose - embroil the West and Russia. It has no other purpose. It requires resources, funding just for this purpose. The fact that many Western countries have refused to finance the project is quite encouraging. We wait for Ukraine to finally get a grip on itself and deal with its internal problems instead of declaring war on Russia and act on behalf of Europe". 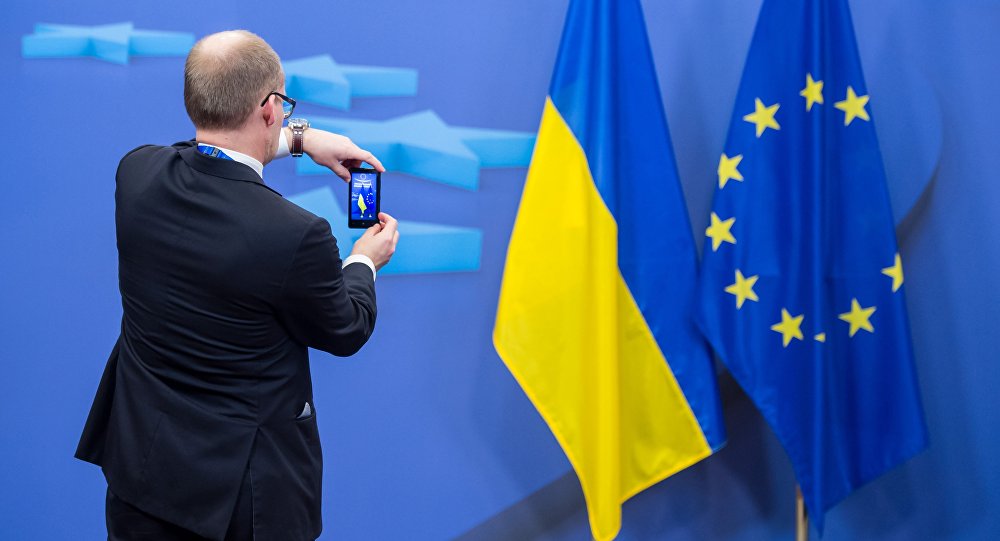 The similar view is shared by the member of the Federation Council Committee for International Affairs, Igor Morozov: "We read the signals coming from the United States. If the White House spokesman says that Trump's administration wants Russia to de-escalate the violence in Ukraine and return Crimea, relegating Iran and China to the second plan, we clearly understand what it means. It means that the US is ready to simply trade Ukraine for Russia's loyalty, or at least a neutral attitude to conflicts, which the US may have with China, in Southeast Asia, and in the Middle East, particularly with Iran".

According to Morozov, "support, which has been provided to Ukraine from the EU over three years, has its limits, its time period. Three years is a long term for a state that cannot balance its internal situation, its policy towards belligerent Donbas, which is not able to negotiate, including with its European partners, on the Minsk agreements. Is it the government which the European Union needs today? Is not it better today to get past Ukraine and negotiate on the mutually beneficial economic and political cooperation directly? While Ukraine has to build its own internal policy, get out of the deepest economic crisis. "

The senator did not rule out that Ukraine will face the social and political crisis: "This is a new 'Maidan', a new revolution or a coup. But in any case, we live in Europe, we need to talk, we need to find points of contact, a common policy related to the security of our region and common approaches to new challenges and threats, which have not diminished over the past three years."