Key players in the Syrian conflict: How Russia is saving Syria 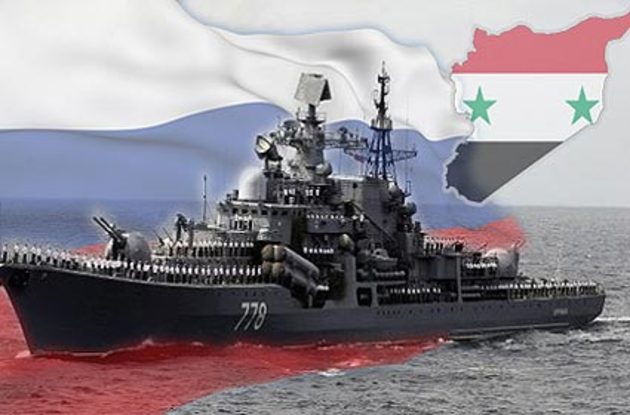 Russia vetoed another resolution on Syria on June 1st at the session of the Security Council of the UN. The document expressed deep concern about violent fighting over the town of Qusayr, which is being assaulted by the governmental troops. The Russian side noted that the Security Council didn’t express such concerns earlier when Qusayr was captured by rebels; it confirmed a prejudgment of the resolution. Meanwhile, the Russian experts continue discussing possible scenarios of the Syrian conflict’s development.

Vladimier Yevseyev, head of the Socio-Political Studies Center, thinks that the forces of the governmental army and the opposition are balanced; it makes the situation relatively stable and should lead to a political settlement of the conflict. “At the same time, the army has technical advantages, even though some people think some military units of the opposition have tanks. Nevertheless, the technical advantage of the army is maintained. It is important that armoured vehicles are being repaired. There were serious problems with aircraft engines. This issue has been resolved as well. The technical conditions of the army are supported at a satisfactory level. The fact that after two years of war the Syrian army has about 300,000 soldiers means that the Syrian regime is not weak. I believe that today there is an unstable balance, in which either the regime or the opposition don't have enough forces to win,” the expert thinks.

At the same time, Vladimir Yevseyev is furious about the American policy: “On the one side, they state their readiness for the organization of a new conference Geneva-2; on the other side, they consider plans on a possible no-fly area over Syria. I am indignant at the interference of the Arab monarchies in the conflict. If this interference could be limited, the situation would stabilize. France spoke against the participation of Iran in the conference Geneva-2. As far as I know, a decision on the participation of Iran in this conference still hasn’t been made. I believe this is not right, because today Iran is a key player that seriously influences the situation in Syria. I hope that the Iranian representatives will come to Geneva and will influence the decisions which should be made there.”

As for a prediction of further developments in Syria, Yevseyev emphasizes that he is not sure about progress, but at the same time he is “not absolutely skeptical about our mission.” “Even though nobody could predict it, the authorities are stable in the country. As it is stable, they need to compromise with someone, but it is not clear with whom. They can talk to the opposition, they can talk to foreign sponsors, they have to do it anyway because at the moment none of the sides has an advantage,” the expert concluded.

The popular TV-anchor and social activist, the editor-in-chief of the information portal “Caucasian Policy” Maxim Shevchenko is sure in military strength of Bashar Assad’s regime and believes that “the fact that the Syrian government is not losing the war, hasn’t surrendered arms and is striking back is a positive factor. First of all, it shifts the process from a confrontational into a peaceful, political sphere. The opposition more and more tends toward the talks.”

According to Shevchenko, the true initiators of this war are Israel, the USA, and monarchies of the Middle East which wants to bring Hezbollah into the conflict. “The main goal of the war is a strike to Hezbollah’s back which destroyed 54 Israeli tanks and is the only Arab political entity, either state or para-state, which managed to defeat the Israeli army. One of the main goals of the war produced by Israel is establishing a ring around Hezbollah and defeating it,” Shevchenko is sure.

He especially emphasizes the role of Russia in saving the Syrian state. Shevchenko believes that Russia’s export of S-300 systems to Syria will help the Syrian regime to survive: “There will be no victory of evil. Syria will stay a multireligious free state where Shiites, Sunnis, Alavis can live peacefully. I hope that after the victory Syria will be a constitutional democratic republic. Of course, its state structure will change. BAAS will withdraw. A democratic republic will be established. Neither Gulf nor Turkey nor Israel nor the USA could break the Syrian people’s will, especially thanks to Russia.”