Why is Russia opposing neighbouring countries' integration into EU? 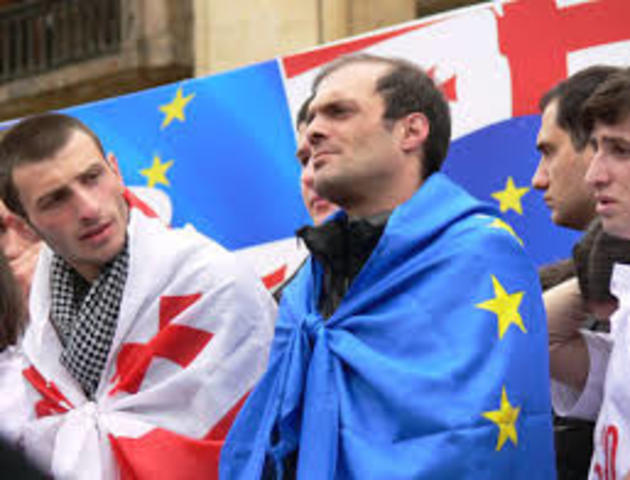 The EU, Russia and Ukraine are going to hold trilateral talks concerning Ukraine's integration into the European Union. On June 27 Ukraine, Moldova and Georgia signed association agreements with the EU. However, Moscow seems sceptical about the initiative.

"When Ukraine was considering the association agreement, Prime Minister Yatsenyuk urged local companies to deliver their products to European countries," the head of the Caucasus Department of the CIS Institute, Vladimir Yevseyev, says. "The problem is that Ukraine has a chance to sell its products to European countries, but no one in Europe is actually interested in such products. There is no demand for Ukrainian products. The same is true for Moldova. The only result of the association is the fact that European products will soon invade Ukrainian and Moldovan markets and these countries will lose their economic independence," he says.

Yevseyev is also worried about the discrimination against Transdniestria. "The railway connection between Russia and Moldova will be cut off soon. The final decision will be made by the Ukrainian authorities. I think this move is absolutely wrong. I believe that Moldova should not block Transdniestria. However, I would not say that we are being threatened by the association agreement," he says.

Speaking about Georgia, Yevseyev noted that according to the agreement the EU is free to export all kinds of goods to Georgia, while deliveries of Georgian products are expected to be regulated. "Georgia's trade turnover is negative and European imports are especially heavy. If Georgia opens its borders for the EU, the European products will be able to be sold to other countries of the region. Georgia is a country that lives on loans. Of course Russia cannot be indifferent to the economic problems of neighbouring countries," the expert says.

Editor-in-chief of the National Strategy Problems magazine Adzhar Kurtov shared some recollections about the 90s. "The majority of products that destabilized the Russian market were delivered via the territory of Ukraine. If these countries believe they should integrate into the EU, I have nothing against it, but everyone should understand that Russia will protect its market," he says.