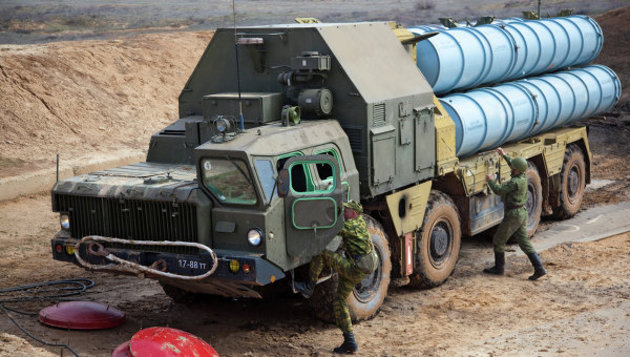 The Defense Minister of Iran, Hossein Dehghan, is visiting Moscow, having been invited by his Russian colleague Sergei Shoygu. They are discussing issues of implementation of supplies of S-300 surface-to-air missile systems to Tehran.

A few days before Dehghan’s visit, Vladimir Putin signed an act on lifting the embargo on S-300 missile systems. ITAR-TASS reminds that Moscow was due to provide Tehran with five divisions of the medium range missile systems –  S-300 PMU-1 – for more than $800 million in 2007. The Iranian side paid advance money - $166.8 million. However, the missile systems were not delivered. On September 22nd, 2010, the then Russian president Dmitry Medvedev signed the Act on Measures on Fulfillment of the Resolution of the UN Security Council on June 9th, 2010. The act banned exports of S-300 systems to Iran. The contract had been broken, and the advance sum was paid back to Tehran. During the talks between Sergei Shoygu and Hossein Dehghan in Tehran in January 2015, the sides agreed to speed up the settlement of the problem. An intergovernmental treaty on military cooperation was signed. It registered striving to solve the problems as soon as possible by the countries.

The agreement caused a negative reaction in the US and Israel. Tel Aviv fears that Russian missile systems could get into the Syrian army or Lebanese Hezbollah from Iran.

Vladimir Yevseyev, director of the Social and Political Research Centre, head of the Caucasus department at the Institute of the Commonwealth of Independent States, says that a radar station has been deployed in the Negev desert in order to monitor the region of the Islamic Republic of Iran: “Its range is about 1500 kilometers. This station is operated only by US soldiers, not by a mixed crew. We have agreements about sharing this information, but I can say that, in a critical case, the sharing of the information could have been restricted.

“On the one hand, Barack Obama underlines complete support for Israel and says that Israel’s safety is a priority for them. On the other hand, there’s a vigilance based on the US fear that Israel can pull them into a conflict with Iran. That is why we can see a deterrence of Israel’s activity. In general, these interrelations are extremely difficult if we consider the military field,” Yevseyev stated, noting that it wasn’t the US, but France that took part in inventing the Israeli nuclear bomb.

According to the expert, without S-300 missile systems in Iran, Israel could attack Tehran without significant losses. Now it has no such an opportunity.

Speaking about a delay in providing Iran with the S-300, Yevseyev said: “Iran has been bargaining too long. If Iran had taken the decision more quickly without bargaining, this deal could have been arranged earlier.”
7095 views
Поделиться:
Print: