One year of Petro Poroshenko’s rule in Ukraine 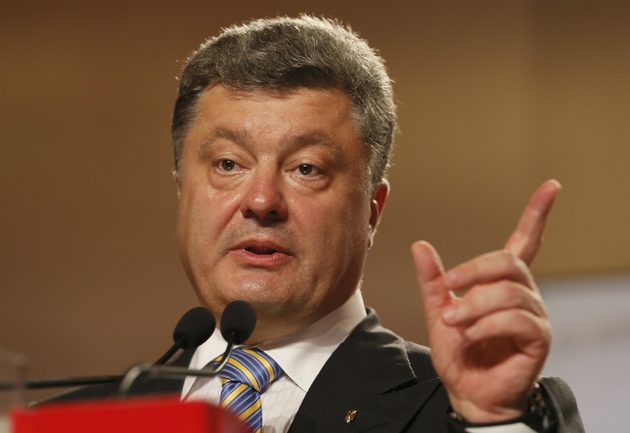 Ukraine is summing up the unofficial results of one year of President Poroshenko's rule. According to Aleksey Fenenko, Associate Professor of International Security at the World Politics Department of Lomonosov Moscow State University, Poroshenko managed to achieve only two significant goals – preservation of the unity of the Ukrainian state and gaining the firm support of the West.

Speaking about the current position of the Ukrainian leader, Fenenko says that the position of Poroshenko is always unstable: “He is not a strong president, he is weak. On the one hand, the nationalists breathe down his neck, on the other hand there is Prime Minister Yatsenyuk, who is able to build himself a dialogue with the United States. Moreover, he has a good reputation among the radical nationalists. Certainly, we cannot ignore the very strong tension of the nationalists in Ukrainian society. They cannot avoid it. His artificially warmed, rocked. It has been rocking not just in the last year since Maidan, but since 1990. If we look at the Ukrainian textbooks, we can realize that they have brought up a generation with a hostile attitude towards Russia. Now it lets us know about it.”

The expert believes that the President of Ukraine has limited room for maneuver: “Poroshenko supports a peaceful settlement. He knows that if Poroshenko supports a peaceful settlement, he will have a very big chance of suffering the same fate as Presidents Gamsakhurdia and Elchibey, who were overthrown after their defeats. That is why Poroshenko found such an unpleasant formula for Donbass. He signs a peace treaty which allows him to save his army from final defeat. After a lull there are constant exchanges of fire, which show his own nationalists and the public that the war is not over. We can see a balance here. They say that the issue is not resolved yet and we are continuing to resist Russian aggression. Another thing that we have already seen is that in January the situation once got out of control. I do not exclude that the situation can get out of control once again, this tactic. Nevertheless, Poroshenko is trying to balance.”

Aleksey Fenenko believes that Poroshenko managed to achieve only two things this year. “The first is that the collapse of Ukraine did not happen, whatever people say. I remember that last spring in April people discussed that the collapse of Ukraine was about to happen. Poroshenko introduced a regime of terror and managed to control the main territory of Ukraine, except for most of Donbass.

Secondly, Poroshenko managed to establish a dialogue with the West. Yes, it is in a situation of external control, but, nevertheless, the West is not inclined to change Poroshenko with some other political figure, whatever people said about it about six months ago.”

“Poroshenko now has a new problem,” Fenenko says. “On the one hand, if he establishes a semblance of a truce or peace, he will have another problem of where to move on. If he decides to move to a model of a frozen conflict in Donbass, as in the Transdniestria scenario, it will be necessary to create a group of external mediators in order to resolve the problem.”

The expert thinks that there are three dangers for the Ukrainian President under such developments:

“Firstly, if some peace agreement is to be signed in Donbass, how will Poroshenko explain his policy failures? Russian aggression cannot be the reason for his failures. This is the first problem for him. He also needs time for the conflict to smolder in order to write off his own problems.

Secondly, if such a model will be established in the Donbass, the other regions of Ukraine, such as Odessa, will see that it is possible to achieve their independence from Kiev.

Thirdly, Poroshenko will have the issue of how to pay his debt to his Western, I would say, employers, not masters. How will he fulfill his obligations? How will he explain it to them? And Poroshenko understands everything.”
5725 views
Поделиться:
Print: