Alexander Artamonov: "After the failure with France, Armenia is turning towards the United States" 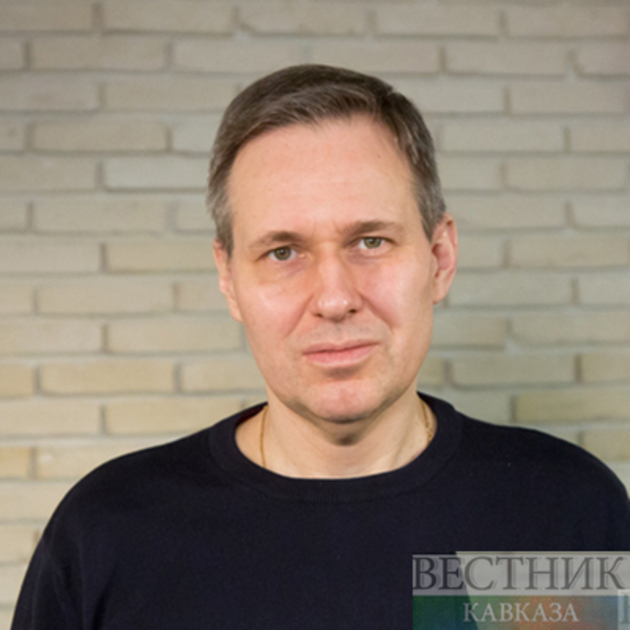 This week, Armenian Foreign Minister Ararat Mirzoyan, Prime Minister Nikol Pashinyan's close ally, paid a five-day working visit to the United States. In Washington, Mirzoyan held talks with Secretary of State Antony Blinken, signed a memorandum on Armenian-American cooperation in nuclear energy, and met with the heads of USAID and NDI, the organizers of the color revolutions. Vestnik Kavkaza talked to Alexander Artamonov, a military observer of the "Pravda.ru" media holding, the Control Shot program's host, on how these political and diplomatic contacts between Yerevan and Washington look from the point of view of Russia.

- Alexander Germanovich, how should one evaluate such activity of a Russian ally seeking cooperation with the US nowadays?

- From Russia’s point of view, the American-Armenian initiative seems at least doubtful for a number of reasons. First, the very framework of Ararat Mirzoyan's visit to Washington attracts attention - it is characterized as part of the Armenian-American strategic dialogue. But when we talk about strategic dialogue, in fact, we mean work related to defense, intelligence and the power bloc. This is what the meaning of "strategy" consists of. That is, it seems that Yerevan is sending a signal to Moscow: if Russia does not intend to fulfill any of Armenia’s wishes, Armenia can always go over to the US side. Such a policy seems both clumsy and ill-conceived and poor.

- How do you assess the documents signed by Mirzoyan during this visit?

- These documents are very strange - both a memorandum on cooperation in the field of civil and nuclear energy, and agreements on reforms in anti-corruption and in the field of jurisdiction. The most interesting document is the memorandum. Armenia has only one facility in the field of civil and nuclear energy. It's the well-known Metsamor nuclear power plant, 40 km from Yerevan. These are two power units of the VVER-440 class (pressurized water power reactors with a capacity of 440 MW), the second unit was modernized just a little over a year ago.

It is important here that the modernization under the 2015 contract was carried out by JSC Rusatom Service, which is part of the Rosatom corporation, the reactor itself is produced in Podolsk, and its TVEL is produced in Energostal. The nuclear power plant technologies are designed in such a way that it is physically impossible to replace one supplier with another, in this case Russian with American, since each plant operates only on raw materials and equipment produced specifically for it.

There are already sad attempts at such a replacement, when the American nuclear corporation Westinghouse tried to upgrade the Zaporizhskaya NPP reactors manufactured in Russia to fit its own technologies. The IAEA refused to certify the upgraded reactors because Westinghouse got something incomprehensible - neither Russian reactors nor American reactors. The agency found that in this form their operation poses a potential danger and threat, since each reactor runs on a special fuel that cannot be changed.

If Armenia decided to switch to another service provider in the maintenance of its nuclear power plant, which produces about 40% of the country's electricity, then the reasons for doing it would be unclear. The point here is not only that Westinghouse, although a strong corporation, is weaker than Rosatom and the French Areva, since the Americans do not play a significant role in this area of ​​technology. The thing is that Westinghouse simply cannot produce raw materials for the Metsamor nuclear power plant's reactor. In addition to this, the second block has already been modernized, it is not required to update it yet. Therefore, the signing of a memorandum on cooperation in the field of civil and nuclear energy is a completely incomprehensible event from a practical point of view.

- How should this document be considered in this case?

- It is important that when American journalists asked about the memorandum, asking for specific details about the cooperation in the field of nuclear power, Mirzoyan avoided the answer, saying that it is still a general framework document. That's why I'm talking about Yerevan's clumsy policy, trying to somehow influence Moscow and get something from the Russian authorities. The conclusion of such a memorandum with the United States does not look very smart, and also has a different level of interpretation.

These days, the Armenian Defense Minister Suren Papikyan received a delegation of the Kansas National Guard, the talk was about cooperation in the law enforcement sphere. This already looks more like the true intention of Yerevan's current active contacts with the United States than the framework documents on nuclear energy, but nevertheless it rests on an incomprehensible platform.

- Why does the Armenian policy look incomprehensible, as you say?

- The fact is that I understand the policy of Azerbaijan, whose arms supplies are diversified. Azerbaijan uses a breakthrough scheme for the supply of weapons, acquiring them in several countries. However, Armenia does not have it. Today, Yerevan does not have any military technology that would be somehow connected with American suppliers. That is why I am talking about the lack of logic in Yerevan's actions: the Americans cannot share anything special with the Armenians.

At the time, Armenia declared its desire to create a plant for the production of drones, but the Armenian military industry does not have any elementary base and knowledge in this area. Therefore, one can only assume that Yerevan is asking Washington to create the production of drones from scratch at some secret negotiations - since neither Azerbaijan nor Russia will share technologies with Armenia in this area.

- That is, the military interests of Armenia in the army's armament are actually hidden behind diplomatic negotiations and civil documents?

- Yes. There are no civilian reasons for cooperation with the US here. Armenia is known for frankly unsuccessful attempts to find partners in order to turn the situation in the South Caucasus in its favor. They failed to do anything with the French, rather, the French suffered from negotiations with Yerevan and are now looking for contacts with Azerbaijan. They failed to do anything with Russia, despite some dangerous provocations. And now, in fact, Armenia is turning towards the United States. The United States as a world power, of course, is always ready to agree to any negotiations, but the result of these negotiations, most likely, will be zero.

Why did the CIA director fly to Yerevan