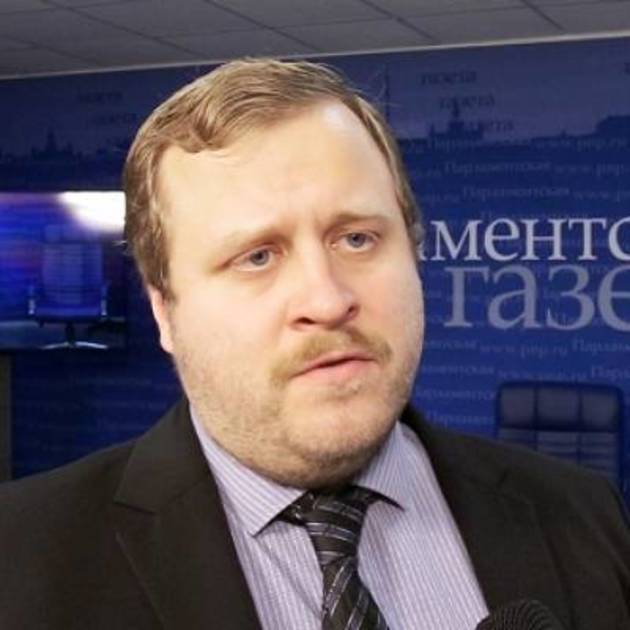 Despite the decision of OPEC + to increase oil production quotas, coronavirus lockdowns in China and global statistics indicating that there is no shortage of oil, oil prices continue to grow. Today, they exceeded $120 per barrel of Brent oil. It's an unprecedented situation for conditions when supply and demand for "black gold" are in balance. Vestnik Kavkaza spoke with Aleksey Belogoriev, Deputy Director on Energy Studies at the Institute for Energy and Finance, about the reasons for it.

- Alexei Mikhailovich, why is oil rising in price, despite the positive macroeconomic indicators?

- The price of oil has always been based more on the expectations of market participants than on current events. For example, what is happening today was in quotations at least a month ago, if not earlier. Current prices take into account what traders expect to happen over the next three months. That's why, prices are rising without reacting to current events.

It is important to note that no one knows what the balance of supply and demand is at any given moment. These statistics become known with a average delay of two months, as the main agencies that publish such information take quite a long time to collect and process the data. In addition to this, they sometimes give out erroneous information, not so long ago there was a story when deficit and surplus were mixed up in the reports. Thus, none of the market participants has real information on the current balance of supply and demand in the market.

- How does the assessment of the current state and the market's immediate prospects take place in this case?

- We have to rely on indirect data. First of all, on the state of commercial reserves, especially in the US - precisely because this statistics is the most up-to-date for the oil market. Commercial stocks are largely indicators of the market's future development. Taking them into account gives an answer to the question of what happens to prices. Now we see that the decline in crude oil reserves continues. This stimulates, if not growth, then at least maintaining prices at a high level.

Prices are also affected by high uncertainty related to the extent to which Europe will be able to replace the falling volumes of Russian oil in six months - and, accordingly, to what extent Russia will be able to redirect these volumes to other markets. This situation creates a lot of turbulence.

In addition to this, the market lives in anticipation of the upcoming, at least announced, meeting between US President Joseph Biden and Saudi Prince Salman. It is impossible to predict the outcome of this meeting. Now Saudi Arabia does not exactly support Russia, it is a strong word, but it speaks of its unwillingness to break the OPEC+ agreement, which the US is pushing it to do. The continuation of the OPEC+ deal, a weak but still reaction to rising US shale prices and relatively weak demand in East Asia are also included in the price - and yet, due to high uncertainties, the quotes are gradually rising.

- How does this increase in the reference brands' quotations affect Russian sales?

- They take oil from Russia at different prices. There are long-term contracts under which the price does not depend on the current geopolitical situation. But if we are talking about spot, short-term sales, then Russian oil begins to fall under big discounts. As far as we know, the discounts of our Urals blend reach $30 to $40 per barrel to the price of Brent. That is, if Brent is bought at $120 per barrel, then Urals is bought at $80-90 per barrel. Russian oil products are also sold at a discount. And this, of course, makes Russian oil more attractive, making it easier to redirect flows from Europe to other markets.

- In your opinion, what events could reverse the upward trend in prices?

- An event that can really change the situation in the market is a new deal with Iran. This major event has been expected for quite a long time, and the expectations of the oil market participants have not been met many times. However, the situation is also uncertain here. Saudi Arabia is one of the main antipodes of Iran, and it will insist that the US does not conclude a nuclear deal with it. This, by the way, may be part of the American bargaining if they want to undermine OPEC +, since Riyadh would like to freeze negotiations with Iran.

It should be also added that Saudi Arabia itself does not want to increase its own production, although it has opportunities. If they are used, the global market will actually be without capacity reserves. Saudi Arabia’s free capacity is an air-bag for extreme cases that allows prices to stay lower than they could be. If this airbag is used, prices will rise uncontrollably, so this is a rather risky path.

Therefore, from a market perspective, in order to reduce prices, it would be better to negotiate with Iran so that it can sell its free volumes of oil, which it really has, including those already produced and loaded onto tankers. Iran could become a serious driver of downward price correction to the threshold of $100 per barrel of Brent.

Germany expects Nord Stream 2 to be launched in a year