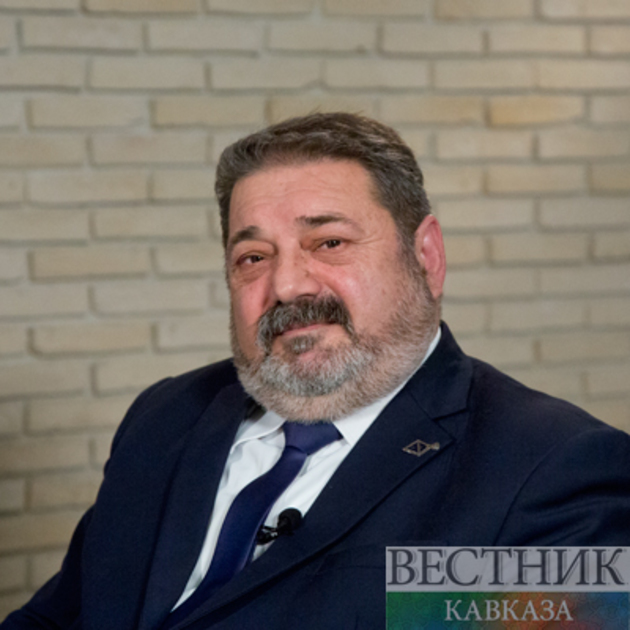 In an interview with "Vestnik Kavkaza", Professor of the Russian Academy of Natural Sciences (RAE), writer Gagik Ohanjanyan spoke about the causes of the Karabakh conflict and the ways of reconciliation between Armenians and Azerbaijanis.

- Can the unblocking of communications between Armenia on the one hand and Azerbaijan and Turkey on the other hand give an impulse to the development of the Armenian economy?

- Honestly, the economy is not the main thing in this matter. But it’s, of course, all positive. As far as I know, now several thousand Armenian citizens are working part-time in Turkey and do not experience any problems. We must understand that there are no whole nations-enemies. We should understand how in the Ottoman Empire, where more than 3 thousand Armenian churches were built, mutual hatred was formed. The enmity between peoples shouldn't be blamed for it. Apparently, this was beneficial to the third party. Armenians feel good in Turkey, Erdogan's right hand is Armenian.

- Could the Second Karabakh War have been avoided?

- I think we should to start with school textbooks. We should start with the fact that we are not Armenians and Azerbaijanis, first of all, but people. Under no circumstances should one descend to the level of cave nationalism. The criminal has no nationality, and here the responsibility of the elite is high. The more we sow mutual enmity, the more we will receive grave monuments. Dealing with problems by force is not the best option, we have to negotiate.

- The problem of unitary states is serious. We see how Turkey is trying to build a civilized European state, national problems are belittled - but they will always be. Why not to learn from the experience of Russia in the form of federalization? For some reason, some people think that this is a time bomb. People want to live by their own little laws - let them live so that people do not feel that they are in control of someone. What prevents an Armenian and an Azerbaijani from living together in Shusha? It is possible to organize joint residence in Shusha and Hadrut. We can do it. It's one step from love to hatred. It's like in everyday life - when you fight with someone, then he becomes your friend. Azerbaijanis and Armenians fought together against the fascists and became brotherly peoples. Maybe we should talk about a common enemy, which today is called globalization.

- How does globalization hinder us?

-  In the context of globalization we are forbidden to talk about the friendship of peoples.

- How can Armenians and Azerbaijanis overcome mutual hatred?

- Let's take some kind of music that Armenians consider theirs, Azerbaijanis theirs. But this music speaks of how close these peoples are, because even music can't be distinguished. If they perceive music in the same way, then they’re not really strangers. It seems to me that there are much more differences between Iranian and ordinary Azerbaijanis than between the Armenians and Azerbaijanis of Karabakh. We need to realize how much we have in common, and not look for differences. We must start with school, with the upbringing of children.

- The old generation probably had more chances for peaceful coexistence, because they lived together. And the young, who saw each other through the sights, will be difficult.

– Yes, one can say that my generation is very fortunate, although it does not absolve him of responsibility. I believe that Armenia and Azerbaijan need a third party. In this matter, we must be close to Russia. The very state structure of Russia is an invaluable experience that must be used until we have learned to govern our states. We cannot cope with this alone, because there are forces interested in destabilization.

States are needed to enable people to live together without problems. Now in Armenia there is an irreconcilable struggle between Westerners and "patriots". An arbitrator is required. I hope that Russian peacekeepers will be in demand to create friendly conditions. Let the reconciliation of peoples go through a third person. I think Aliyev is a realist. The more peacekeeping things now - railways and air communications - the better.