Margarita Rusetskaya: "In Azerbaijan, the Russian language feels more confident in the field of scientific communication" 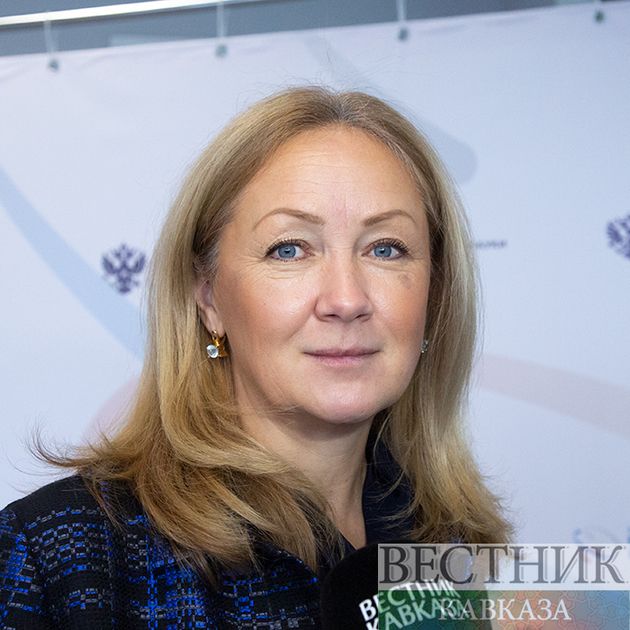 Yesterday Moscow hosted a meeting of the section "Preservation of Russian Ethnocultural and Linguistic Diversity" of the All-Russian Scientific and Practical Conference "Russia: Unity and Diversity". State Duma deputies, senators, heads of ethno-cultural, scientific, educational, public and youth organizations, writers, public figures, journalists, experts from the regions of the country and the CIS states spoke about national and cultural policy, in particular, in connection with the entry of new territories into the Russian Federation and conducting a special military operation. Margarita Rusetskaya, a member of the Presidential Council on the Russian Language, spoke to Vestnik Kavkaza about the status of the Russian language in the post-Soviet space, in particular in Armenia and Azerbaijan.

- Margarita Nikolaevna, what is the relevance of today's topic for you as a philologist? How relevant is it for the South Caucasus republics?

- Today we talked about linguistic unity and diversity in the Russian Federation. But we know that the Azerbaijani language, the Armenian language are the languages ​​of the peoples of the Russian Federation too. When we talk about the training of specialists for teaching languages, we also mean the training of specialists in teaching the Armenian and Azerbaijani languages. We know that more than 70 languages ​​are studied in the Russian Federation, and the state has created conditions for this: money has been allocated to prepare the staff, curricula and textbooks, to have hours in the curriculum of our schoolchildren, to support these languages.

- What determines the position of the Russian language in the former Soviet Union republics?

- Its status, place and role in the sphere of public and state communication, in education, in science, in the media. If we look at all these parameters together, we can say that although the Russian language has lost 50 million speakers of Russian in 30 years due to the collapse of the Soviet Union, it holds the first position among all languages ​​in the post-Soviet space. Therefore, we can say that both in Azerbaijan and Armenia, the Russian language is preserved as the language of education, which is studied and taught in state educational institutions. Both in schools and universities, the Russian language retains its status as the language of science. Overall, Azerbaijan and Armenia are not among the top post-Soviet countries in terms of the Russian language prevalence. Belarus, Kyrgyzstan and Tajikistan are in the first positions.

- But among middle-aged and older Azerbaijanis it is difficult to find a person who would not speak Russian. In what areas is the Russian language spoken?

- If we talk about Azerbaijan, then here the Russian language feels more confident in the field of scientific communication. If we analyze the bases of scientific publications, then among the publications prepared by the scientists of Azerbaijan, a significant number of scientific articles are in Russian. These articles are included not only in our RSCI database [Russian Science Citation Index], but also in the international Scopus and Web of Science. That is, Russian retains the status of the language of science.

- Azerbaijanis willingly send their children to study in Russian-language schools. What place does the Russian language have in education?

- Here, the demand for the Russian language is high: we looked at the data of sociological surveys and the situation with the places in the Russian-speaking educational sector. Of course, language education policy is part of a big policy. Therefore, without a focus on supporting any foreign language, without real management measures, including those supported by funding, it is impossible to change the situation. The position of Russia and representatives of the Russian language is not enough.

It is not even a problem of the professional community, it is a problem of state decisions. Because the staff that was prepared during the Soviet period is rapidly aging. These people are leaving the education system, new ones are being prepared and their number is insufficient to support, retain and provide, but at the same time, they are trained exactly in the numbers necessary to fill state places.

Therefore, if the number of places with the Russian language does not increase, both in schools and universities for the staff training then, accordingly, there will be no need, so there will be no interest in this specialty, since today's youth chooses those professions, those programs of professional education that guarantees them competitiveness in the labor market, good salaries, good career opportunities, and so on.

We need a set of state measures to open schools, to create new pedagogical rates - and a very important point - at the level of university training, the scientific system for the reproduction of personnel with high scientific qualifications. These are PhD dissertations, boards, defense of scientific works, works, research, textbooks, monographs. We analyzed this indicator and, unfortunately, in recent years, it literally can be counted on the fingers how many doctoral or candidate dissertations were defended in the entire post-Soviet space.