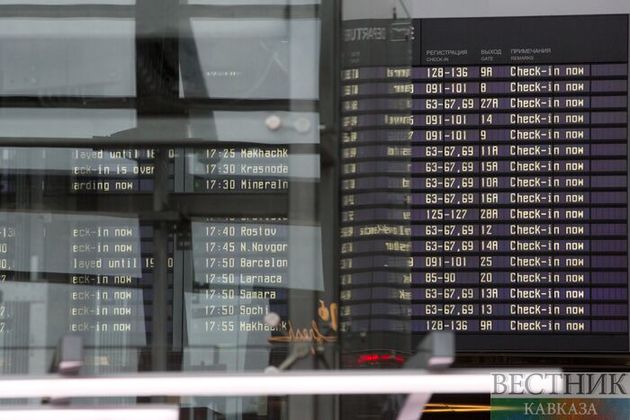 According to the data from the Yandex. Schedules service, in Moscow airports Vnukovo, Sheremetyevo and Domodedovo 27 flights were delayed and cancelled due to heavy snow.

As of 11:54 (Moscow time), two flights were cancelled at Vnukovo, three were delayed.

Three flights were cancelled at Sheremetyevo, four more were delayed.

In addition, 11 flights were delayed at Domodedovo.

Earlier it was reported that as a result of heavy snowfall in Moscow on January 16, 4-8 cm of snow is expected.

Restrictions on flights to eleven Russian airports extended until May 31