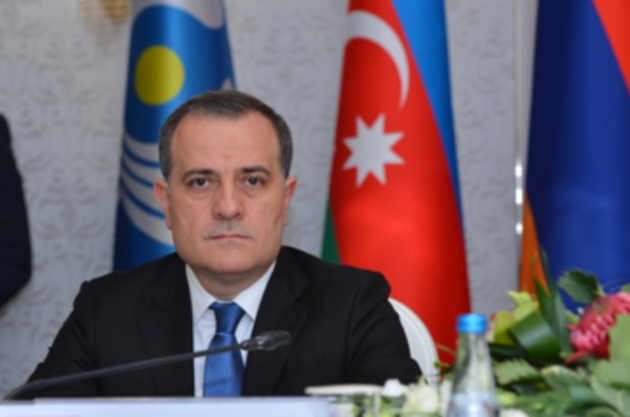 The opening of communications [envisioned by the trilateral statement of November 10, 2020 signed between Azerbaijani, Russian and Armenian leaders following the 2020 second Karabakh war] will bring benefits to all countries in the region and will strengthen the role of the South Caucasus in international transport projects, Azerbaijani Foreign Minister Jeyhun Bayramov said on Oct.14 at a meeting of the Council of Foreign Ministers of the CIS countries in Belarusian Minsk, Trend reports.

According to Bayramov, Azerbaijan attaches great importance to cooperation within the CIS, as well as further expansion and deepening of bilateral relations with all member countries of the organization.

He noted that the humanitarian sphere is one of the main areas of activity within the CIS, and the continuation of this cooperation will contribute to the further development of relations between the member countries and their peoples.

The minister also stressed the importance of cooperation between the CIS countries in the field of migration, including on a bilateral basis.

Besides, he reminded that as a result of the 44-day second Karabakh war [from late Sept. to early Nov.2020], Azerbaijan put end to the occupation of a part of its territories, which lasted for about 30 years, and thus ensured its territorial integrity.

Bayramov spoke about the issues arising from the trilateral statements of November 10, 2020 and January 11, 2021 [for opening all transport communications in the region], as well as the mine threat [in the liberated Azerbaijani territories] and its serious consequences.

He emphasized that the Azerbaijani side attaches great importance to peacekeeping efforts in the region, including the activities of the Joint Turkish-Russian Monitoring Center [operating in liberated Aghdam district].