Andrey Petrov on Vesti.FM: Russian immigrants are interested in fight against Russophobia 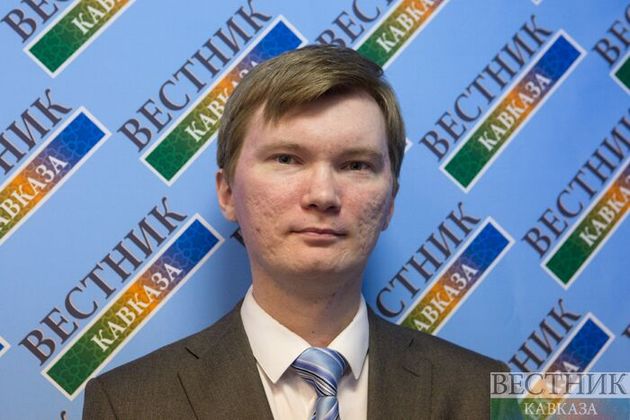 Russian emigrants are interested in the fight against Russophobia, as they have to live in a foreign country, a senior analyst of Vestnik Kavkaza, Andrey Petrov said in the National Question program of Vesti.FM radio station.

“I would like to briefly touch upon two classic questions: cui prodest (who benefits) and what to do. To some, this may seem paradoxical, but exactly Russian emigrants are primarily interested in fighting Russophobia. To leave Russia and tell everyone that this country is bad, and people, living there, are bad, is a non-working plan - because the worse people in other countries treat Russia and Russians, the worse they will treat migrants from the Russian Federation. This is logical - what a person can come from a bad country with bad people?” the senior analyst asked.

He also cited his experience of working with Caucasian diaspora organizations that are trying to form a positive image of their country abroad. “Those who live in their homeland are not interested in a positive image of their country - this topic is not relevant for them, they are going abroad mainly as consumers of travel services. But those who have left are interested because there is a negative attitude to their nation and they can be affected personally. And it’s useless to assure locals that you have ceased to be a Russian and become completely Polish, French or American - when Russophobia begins to boil, you are the first object of hatred, " the expert continued.

For this reason, according to Andrey Petrov, no matter what Russian emigrant’s relation to his homeland is, for his own sake he needs to work on the fight against a negative attitude towards Russia.

"And then the second question logically arises - what to do? For some reason, the popular idea that promoting a positive image of a country is possible only with the help of cheer-patriotism. In fact, to fight Russophobia locally, it’s enough to do very simple, quiet, but effective things. The task is not to tell everyone that Russia is an ideal country. There are no ideal countries on Earth. It is important to show that Russia is an ordinary country, where normal people like everywhere else live, and not barbarians “with slanting and greedy eyes.” At the heart of any xenophobia, including Russophobia, is the feeling of another as a hostile and dangerous creature. it’s enough just to behave humanly, ” the expert explained.

“People judge the world first of all by their surroundings. And if the representatives of Russian diaspora are normal, good people living in another country, the level of Russophobia will tend to zero in the mind of any person, because Russians he knows are not at all like the nightmare as they are pictured in the Western media,” the senior analyst at Vestnik Kavkaza concluded.

Marina Lagutina on Vesti.FM: Russia's current migration policy will be relevant in the post-pandemic era

Yevgeny Nikolaychuk on Vesti.FM: Vladimir Putin reminded the world of the nationalist background and lessons of World War II