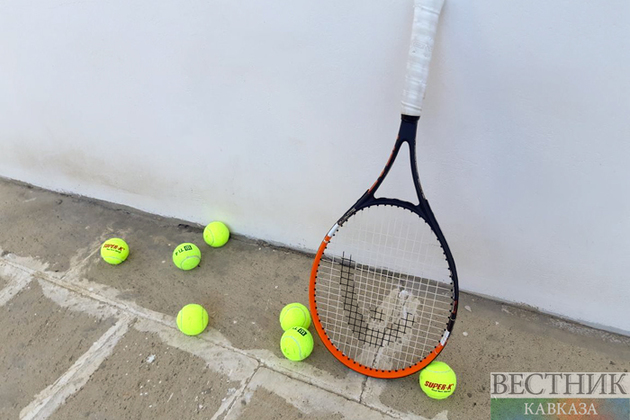 Russia's tennis player Aslan Karatsev won the Kremlin Cup on October 24 to keep his hopes of qualifying for the ATP Finals alive.

Karatsev secured his second tour-level title with a 6-2, 6-4 victory over former US Open winner Marin Cilic in 77 minutes and did not drop a set all week in Moscow.

The second seed is 13th in the ATP Race To Turin, 675 points behind ninth-placed Hubert Hurkacz.

Hurkacz occupies the final qualification spot with eighth-placed Rafael Nadal out for the rest of the season with a foot injury.

Karatsev, who reached the semi-finals of the Australian Open as a qualifier at the start of the year, broke Cilic in the first game and dropped just one point behind his first serve in the opening set.

A break of serve in the seventh game of the second set then helped the 28-year-old secure the title and leave Cilic, a two-time winner of this event, still searching for the 20th success of his career.

Karatsev is the third successive home winner of the tournament after Karen Khachanov, who he defeated in the semi-finals, and Andrey Rublev, AAP reported.