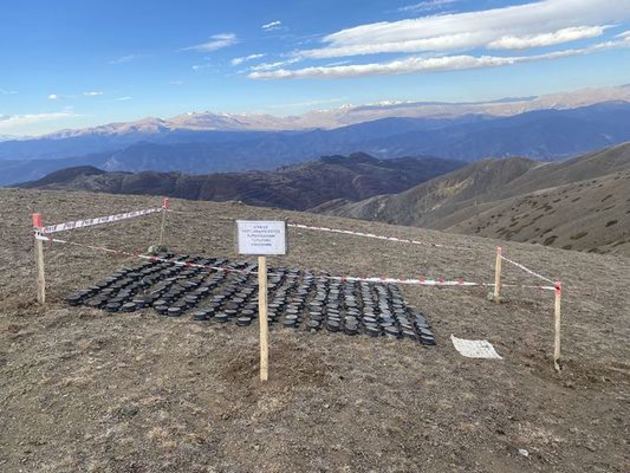 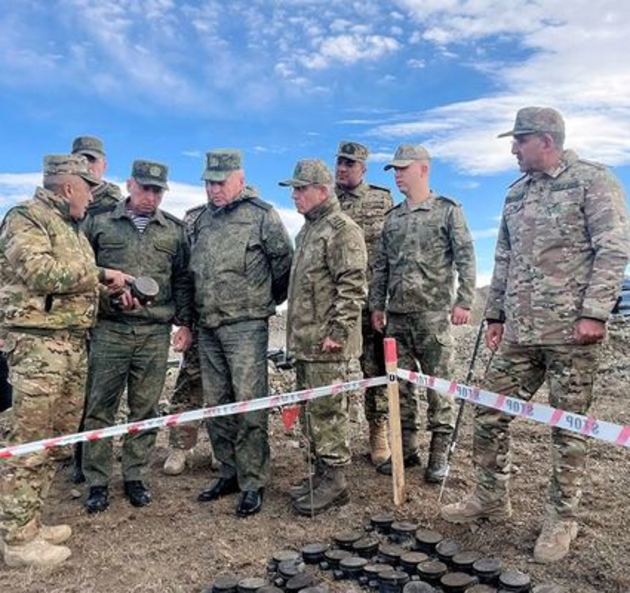 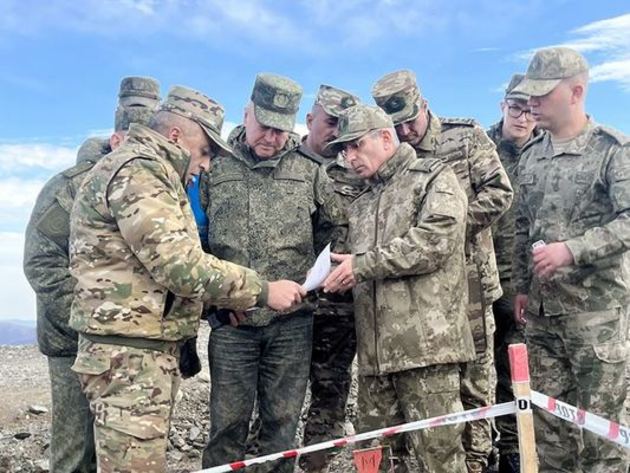 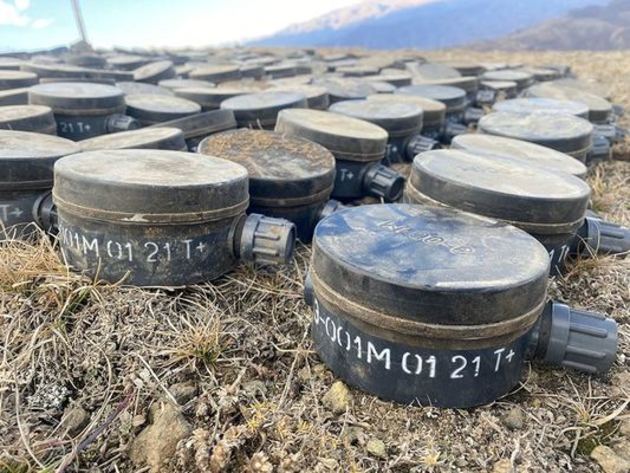 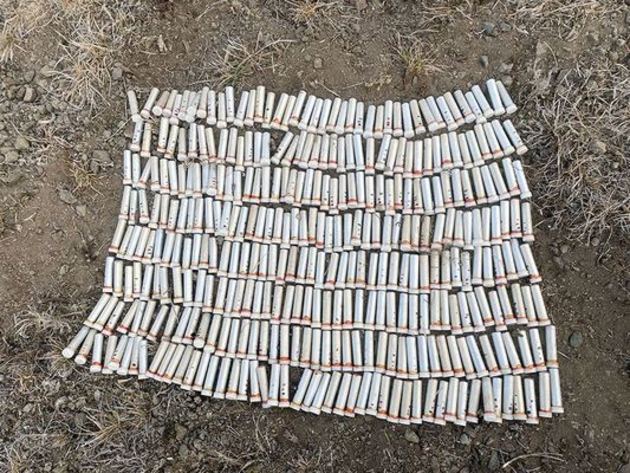 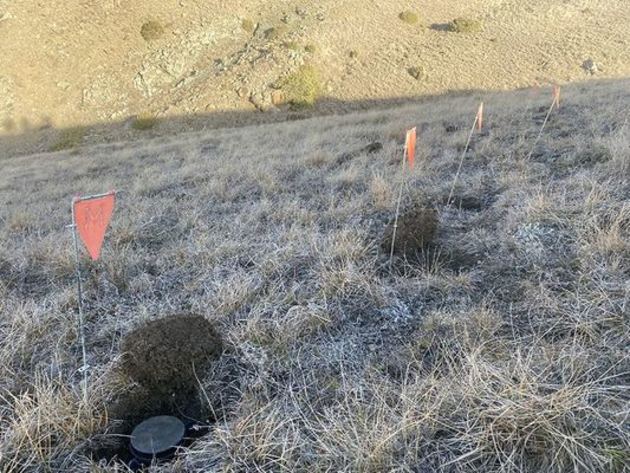 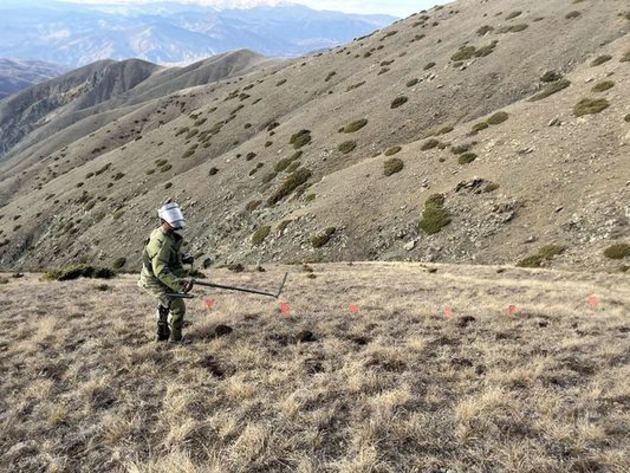 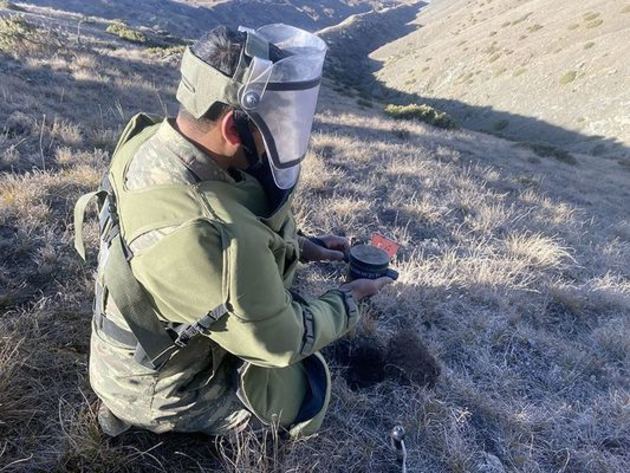 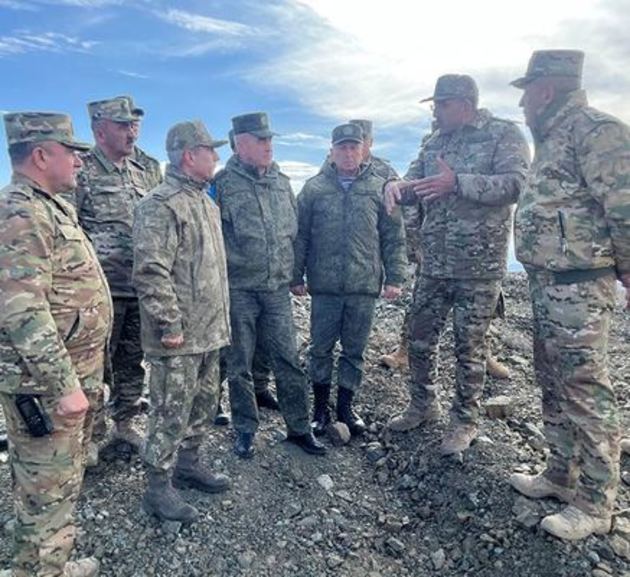 An inspection of the minefield set up by illegal Armenian armed formations in the north direction of the Sarybaba peak (Azerbaijan's Lachin district) was carried out, according to the Ministry of Defense of Azerbaijan.

The minefield was discovered by the engineering and sapper units of the Azerbaijani army.

At the invitation of Azerbaijan's Ministry of Defense, Commander of the Russian peacekeeping forces temporarily deployed in Azerbaijan, Major General Andrei Volkov, Head of the Turkish contingent of the Joint Turkish-Russian Monitoring Center, Major General Fatih Akpinar and Head of the Russian contingent of the Center, Rear Admiral Oleg Semenov visited the mentioned territory on November 23.

Meanwhile, the divisions of the Azerbaijani army on November 21 neutralized 350 PMN-E anti-personnel mines manufactured by Armenia in 2021.