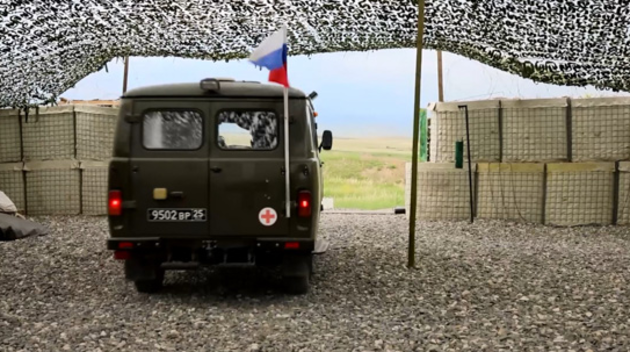 Azerbaijani Foreign Minister Jeyhun Bayramov said that Russian peacekeepers are temporarily stationed in Karabakh on the basis of a tripartite statement dated November 9, 2020 and continue their work there. They perform the functions assigned to them.

At the same time, there are sometimes difficulties and problems connected with the Armenian Armed Forces' presence, but they are discussed between Russian and Azerbaijani commanders.

"From time to time, some issues arise. They're mainly related to the presence of Armenian armed forces in the Karabakh region and illegal entries to these territories. In such cases, the issue is raised and discussed both at the level of command of the peacekeepers and at other levels. The Azerbaijani side is committed to resolving issues in this area", Bayramov added.