Azerbaijani MFA: Iran should look for terrorists around themselves 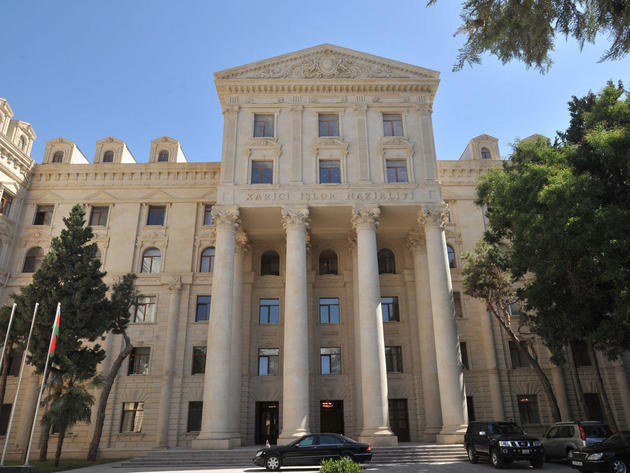 "We strongly reject such accusations. Azerbaijan has stated and is now reiterating that there were no terrorists on the territory of the country during the 44-day war [from late Sept. to early Nov.2020]. Azerbaijan, as a country that suffered from terror, has never had a place for terrorists," Abdullayeva said.

Azerbaijan liberated its lands at the cost of the blood and lives of martyrs, the spokesperson stressed, reminding statement of President Ilham Aliyev that Azerbaijan with its 100,000-strong army does not need mercenaries.

"It’s surprising that during the war the Iranian side did not bring up such accusations. After the war (before the new government came to power in the country) there was no issue that could raise concerns. The anti-Azerbaijani campaign won’t benefit Iran,” she further said. “It’s clear that the reasons for these baseless accusations are the prevention of the illegal entry of Iranian trucks into the territory of Azerbaijan, which and the liberation of Azerbaijani territories.”

“We advise those who want to find terrorists look around themselves better. Back in October last year, the Azerbaijani Foreign Ministry provided the diplomatic corps accredited in the country, including the Iranian embassy, ​​with information based on specific facts about the participation of Armenian mercenaries in the combat operations [during the 44-day war] in the previously occupied territories of Azerbaijan," added Abdullayeva.