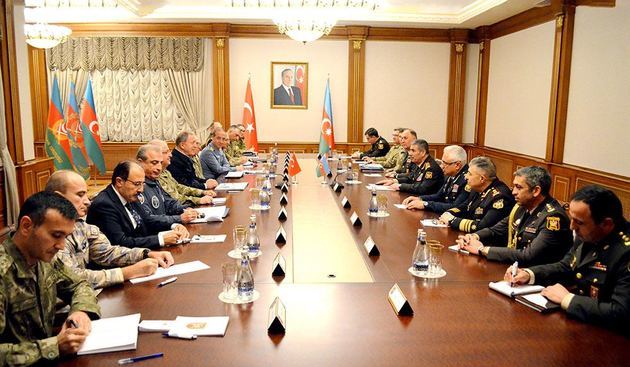 Welcoming the guests, Colonel General Z. Hasanov highlighted the development of military cooperation between Azerbaijan and Türkiye, as well as emphasized the significance of further expanding the work carried out in this direction.

Emphasizing satisfaction with the visit to the fraternal country, Mr. H. Akar expressed gratitude for the hospitality and stressed that the strategic alliance between the two countries is based on friendly and fraternal relations.

At the meeting, the great importance of the “Fraternal Fist” joint exercises held in Baku city, as well as the territories of Astara, Jabrayil, and Imishli regions in accordance with the agreement on cooperation in the military field signed between the Republic of Azerbaijan and the Republic of Türkiye, was emphasized.

During the exchange of views on issues of mutual interest, prospects for the development of cooperation between our countries in the military, military-technical, military-educational, and other spheres, as well as regional security issues were discussed.