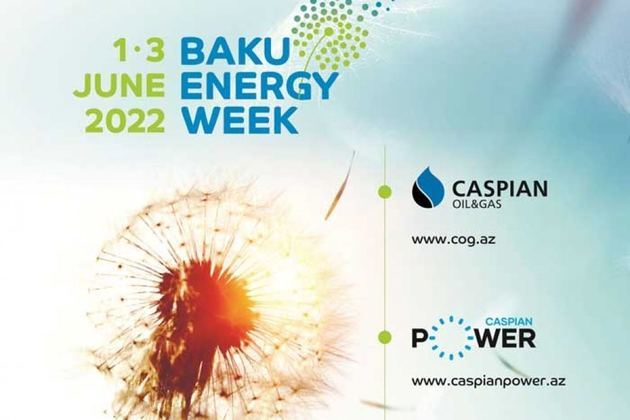 The Baku Energy Week has started in the capital of Azerbaijan today, it will be held from 1 to 4 June 2022.

Among the participants will be such large companies as Bos Shelf, Gazprombank, Equinor, Schlumberger and others.

The Baku Energy Week is expected to be attended by such high-ranking guests as: Deputy Prime Minister of the Republic of Serbia (Minister of Mining and Energy); Deputy Prime Minister of Moldova (Minister of Infrastructure and Regional Development); Deputy Assistant Secretary of State for Energy Diplomacy; General Director of the Directorate-General for Energy of the European Commission; Energy Ministers of Romania, Bulgaria and Kazakhstan; Minister of Oil of the Islamic Republic of Iran; General Secretary of the International Energy Forum; General Secretary of the Gas Exporting Countries Forum; Deputy Secretary of State, Italian Ministry of Ecological Transition; Indonesian Director General for Oil and Gas (Ministry of Energy and Mineral Resources); Additional Secretary, Department of Energy, Republic of India; Member of the Board and Executive Director (Bulgargaz EAD); General Director of the TANAP Consortium.