Blinken to present Lavrov position of U.S. and its allies on Ukraine 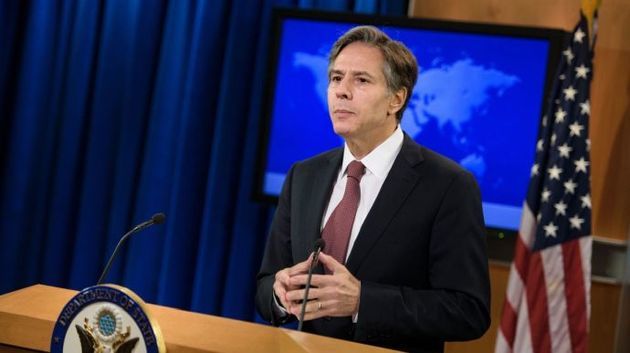 US Secretary of State Antony Blinken said that at his talks with Russian Foreign Minister Sergey Lavrov in Geneva he will represent a shared view on the part of the United States and its European allies for finding a diplomatic path forward to de-escalate the Ukraine situation.

"In my meeting tomorrow with Foreign Minister Lavrov, I’ll be able to represent a shared view, a shared preference, on the part of the United States and our European allies and partners for finding a diplomatic path forward to de-escalate this conflict," Blinken said after talks with German Foreign Minister Annalena Baerbock in Berlin.

Earlier, Russian Foreign Ministry Spokeswoman Maria Zakharova said that on January 21, the Russian top diplomat would meet with Blinken in Geneva. According to her, the two officials would discuss any further steps related to proposals on security guarantees submitted by Moscow.

Following the consultations on security guarantees, Russian Deputy Foreign Minister Sergey Ryabkov said that the purported threat of Russia invading Ukraine couldn’t be a subject of the talks on security guarantees with the US. He said Moscow had no plans to "attack" Ukraine and there was no reason to be concerned about an escalation. According to the senior diplomat, disinformation by Western intelligence agencies that Russia was allegedly preparing to attack Ukraine was designed to sow discord in Ukraine. He added that Russia would continue to hold military exercises on its territory, despite objections from NATO.