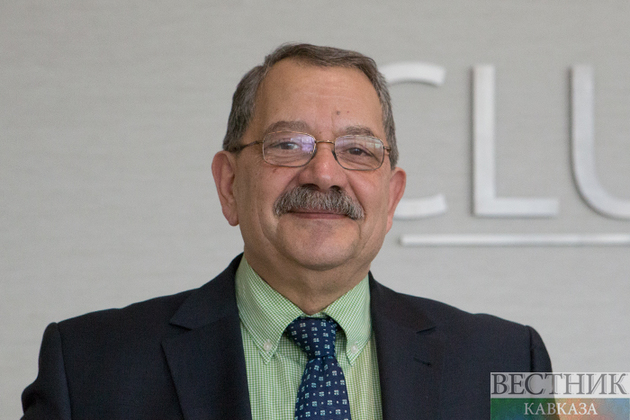 After the deterioration of his health condition as a result of contracting the COVID-19 infection, Alasgarov was placed in the intensive care unit and connected to the artificial lung ventilation device. Despite all the efforts of the doctors, he died on January 5.

Elkhan Alasgarov was born on March 14, 1955 in Baku. In 1972 he graduated from the city secondary school No. 150. He graduated from the Azerbaijan Technical University, was a communications engineer. He worked at the Azon Research Institute and the security agencies of Azerbaijan. Graduate of the Higher School in Minsk. In 1987 he was deputy chairman of the Friendship Society for cultural relations with foreign countries, in 1988 - deputy chairman of the Veten Society for cultural relations with foreign countries. Elkhan Alasgarov was a participant in the Karabakh war and has the military rank of colonel.

In 2000-2015 he repeatedly went on long business trips to foreign countries through the Ministry of Foreign Affairs.

In 2000-2006 Alasgarov worked as a diplomat at the embassies of Azerbaijan in Ankara and in 2008-2015 - at the Azerbaijani Embassy in the Netherlands’ Hague.

Elkhan Alasgarov was the founder of the ‘Caucasian Albania’ center and the ‘Caucasus’ analytical center.

He was a member of the Public Association of Veterans of the Azerbaijani Special Services and of the Writers' Union, as well as the author of two books and over 200 articles. For the first scientific research conducted in Azerbaijan about the novel ‘Ali and Nino’, he was awarded the scientific degree of Doctor of Philosophy in Philology.

Vestnik Kavkaza expresses deep condolences to the family and loved ones of Elkhan Alasgarov.