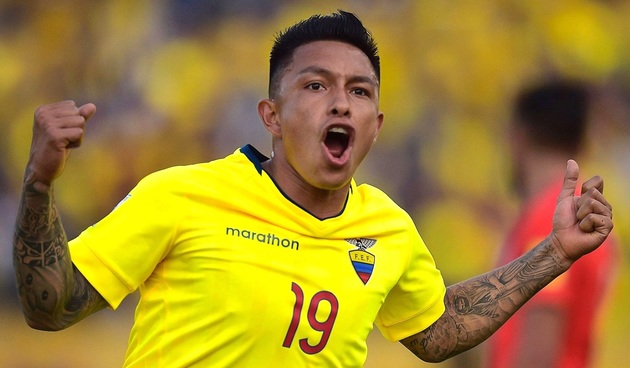 Defender of FC Krasnodar Cristian Ramirez has been granted Russian citizenship, he announced via his Instagram page.

Ramirez has been playing for FC Krasnodar since 2017. He played 16 matches in the completed Russian championship and had one assist.

"After 5 years enjoying this great country that has welcomed me and my family so well, today I can proudly say that I am just another Russian. Many thanks to my club, the authorities and all the fans that I am lucky enough that you follow my career, I consider this passport an honor and a privilege," Ramirez put a caption under the picture of himself holding a Russian passport.

The footballer, 26, has played 21 matches for the Ecuadorian national team, he scored one goal and had three assists. According to FIFA rules, Ramirez cannot represent Russia because he played more than three matches for another country’s national team.