Ekaterina Vinnik on Vesti.FM: Bobrovskaya should focus on the interests of the Ukrainian people 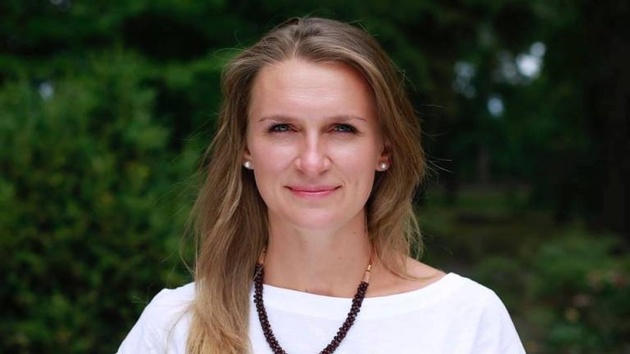 Solomiya Bobrovskaya is such a strange and unusual phenomenon in modern politics that analogs or comparisons as such are beneath criticism, an analyst of Vestnik Kavkaza, Ekaterina Vinnik, said in the National Question program on Vesti.FM radio station.

The National Question is a weekly program on Vesti.FM, during which various aspects of national relations in Russia and the CIS countries are discussed. Today's program was dedicated to the phenomenon of Solomiya Bobrovskaya.

The expert noted that there are certain groups of the Russian indigenous peoples' representatives who promote their culture and values ​​abroad, while not imposing their vision directly in Russia.

“It should be noted that Solomiya Bobrovskaya, a former adviser, and then deputy of the former head of the Odesa regional state administration, ex-President of Georgia Mikhail Saakashvili, is a young and rather ambiguous figure in the Ukrainian politics. Obviously, the methods that she uses to attract attention can hardly be called ordinary. It would seem that while she holds the post of secretary of the Verkhovna Rada Committee on Foreign Policy and Inter-Parliamentary Cooperation, she should strengthen ties between states and not to drive a wedge into them, but apparently, rebellious spirit of her former boss, is innate to her as well,” Ekaterina Vinnik said.

The expert also emphasized that Bobrovskaya by her actions was able to attract media attention.

“Such behavior is inherent to some former Crimean politicians, for example, Refat Chubarov, who, while currently living in Ukraine, tries to defend the rights of the peninsula’s minority (who, by the way, do not need protection) - Crimean Tatars. Unfortunately, such a practice has nothing to do with the desire for justice of any kind, but is an attempt to attract attention and gain political advantages,” the expert continued.

“The question is how to respond to such escapades. In my opinion, you should not pay attention to them, since this is another attempt to divide the people of Russia on the eve of important political and social changes. It is obvious that Bashkortostan will get things straight with the Bashkort organization without Solomiya Bobrovskaya’s help, who should, first of all, represent the interests of the Ukrainian people,” Vinnik concluded.

Russia does not reject talks with Ukraine