Erdogan: it's time for EU to write a story for itself 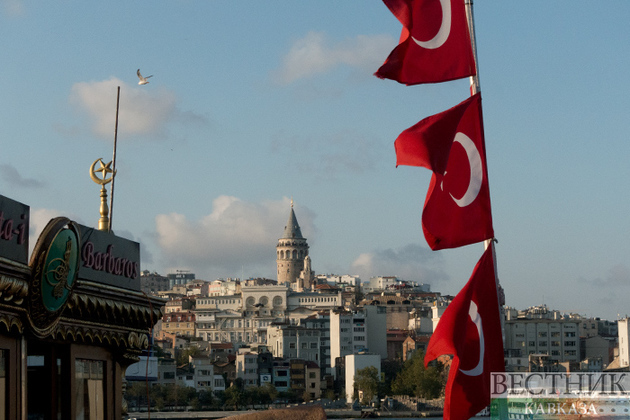 Turkish President Recep Tayyip Erdoğan has called on the European Union to focus on common denominator between Brussels and Ankara rather than their differences and said that Turkey’s full membership is a requirement for the bloc’s future.

“It is to the benefit of both sides in a world getting more and more complicated to focus on our common denominators rather than differences and the fundamental values we have been supporting rather than conflicts of interest, and enhance the Turkey-EU relations in all areas,” Erdoğan said in a written statement on May 9 issued for Europe Day.

Turkey’s full-membership process to the EU, which Ankara has been maintaining “patiently and determinedly despite all kinds of obstacles,” should be promoted with a constructive approach, the president said. “It is a must in terms of the EU’s own plans for the future, reputation and reliability as well,” he added.

He recalled that the announcement of the Schuman Declaration, which laid the foundations of European integration, has been celebrated as “Europe Day” in Turkey, too, since the approval of the country’s candidacy to the European Union membership in 1999.

The ideas behind the Schuman Declaration had enabled the countries in Europe to leave aside their differences as well as animosities, and come together for peace, security, development and prosperity, Erdoğan stated.

“The EU, for its part, has gone way beyond being a peace project through the common policies it has developed from the past to the present,” the president emphasized.

“It is time for the EU, which has moved away from its founding principles and been under the influence of the short-term policies of member countries in recent years, to write a story for itself,” Erdoğan added.

Today this tragedy, which has been going on in the middle of Europe in front of the eyes of the whole world, is a warning for the EU, Erdoğan said, stressing that there is now a need for solidarity, cooperation and above all a visionary and bold perspective just like those of during the times when the foundations of the European integration were laid.