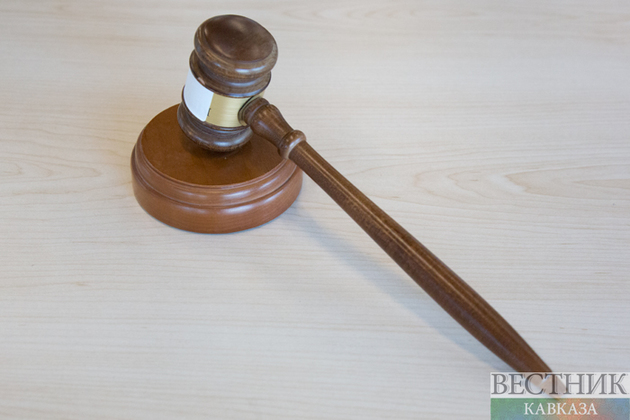 The Central District Court of Kaliningrad has released ex-director of the Russian Federal Penitentiary Service (FSIN) Alexander Reimer convicted of embezzlement on parole.

This was not the first petition for parole filed by Reimer. In May, the court dismissed his similar motion, RAPSI recalls.

In June 2017, Reimer was sentenced to 8 years in a penal colony for embezzling funds allocated for procurement of ankle bracelets, fined 800,000 rubles (about $12,000), and stripped of his General rank.

Ex-deputy of FSIN Nikolay Krivolapov and an ex-director of FSIN’s Information and Technical Support Center Viktor Opredelyonov received 5 years and 8 months and 6 years in prison respectively. Krivolapov was fined 600,000 rubles ($9,000) while Opredelyonov got a 700,000-ruble fine ($11,000).

Lawyers for the defendants asked to repeal or soften the sentences. A lawyer of Reimer said that the Zamoskvorestsky District Court issued a ruling with numerous violations and that it did not study some of the case documents.

On August 22, 2018, the Zamoskvoretsky District Court of Moscow recovered over 2.2 billion rubles ($35 million at the current exchange rate) from Reimer and his accomplices convicted of embezzlement.

In April 2019, the court lifted the seizure of 1.8 million rubles (about $30,000) belonging to Reimer. The convict’s funds were ordered to be paid as a compensation for damage caused.

According to investigators, Reimer, Krivolapov and Opredelyonov conspired with businessman Nikolay Martynov that was supplying bracelets for prison inmates, to embezzle monetary funds from the Russian state budget.

Between 2010 and 2012, Reimer and his accomplices stole money allocated for the purchase of ankle bracelets for persons placed under house arrest. The procurement was pursued at an enormously overvalued price. Damage allegedly caused to the state budget was estimated at no less than 2.7 billion rubles (over $40 million).