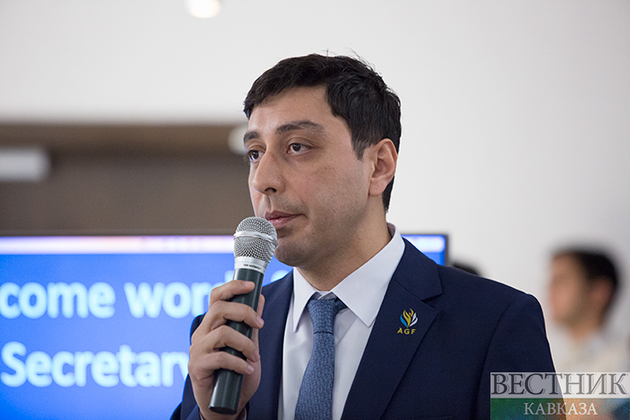 Azerbaijani delegation will be the second largest among the 56 participating countries of the V Islamic Solidarity Games, the Minister of Youth and Sports of Azerbaijan Farid Gayibov told reporters accompanying a delegation of Azerbaijani athletes traveling from Baku to Turkish Konya city for the games.

According to him Azerbaijani athletes will take part in competitions in 22 from 24 sports disciplines.

He expressed his pride that Azerbaijan will be represented at the Games among many participating countries. "This once again shows, that sports are developing in Azerbaijan," Gayibov said.

According to him, in connection with the upcoming championships in wrestling, football and some other sports, young athletes from Azerbaijan will take part in the competitions of the V Islamic Solidarity Games. "Our football clubs Qarabag and Neftchi, as you know, are represented in the Champions League and the Conference League. In this regard, some football players will not take part in the V Islamic Solidarity Games. But our young athletes have been well trained, and they are determined to win medals," the minister pointed out.

He also said that a lot of Azerbaijani media will cover the competitions of the Games for the first time. "We are confident that the population of Azerbaijan will promptly receive information about our athletes at these Games," he expressed.

The official opening ceremony will take place on August 9. The competitions will last until August 18.