Fire at Mikoyan meat processing plant in Moscow put out 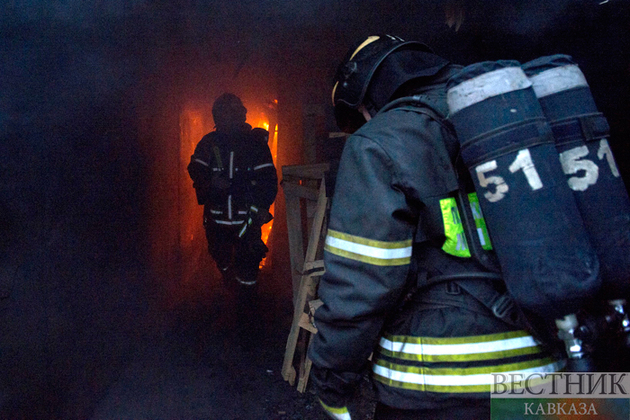 Flames on the roof of the Mikoyan meat processing plant in southeast Moscow were put out late on Friday, said Andrey Rumyantsev, the acting head of the Russian emergencies ministry’s Moscow department.

"Fire on the roof has been put out. At present, firefighting crews are inspecting the fourth and fifth floors of the building in search for remaining fire hotspots," he said.

The blaze was contained at 22:59 Moscow time, while open fire was put out at 23:04 Moscow time. Shortly before midnight Moscow time, the Moscow department of the Russian emergencies ministry announced that the fire had been put out completely.

The cause of the fire is currently unknown, but, according to Rumyantsev, the ignition point was located on the uppermost floor of the five-floor building.

"The fire broke out on the fifth floor and spread to the roof through ventilation systems," he said. "The cause of the fire is being established. Its total area was around 300 square meters."

Initial reports of smoke and fire rising from an industrial warehouse on the plant’s territory came at around 21:16 Moscow time on Friday. A dozen of employees were evacuated from the building, no casualties have been reported. The blaze was ranked as a category two fire on a scale of five, emergency sources told TASS. More than 100 firefighters and 30 vehicles were involved in the firefighting effort.

No dangerous substances were stored in the building at the time of the incident.