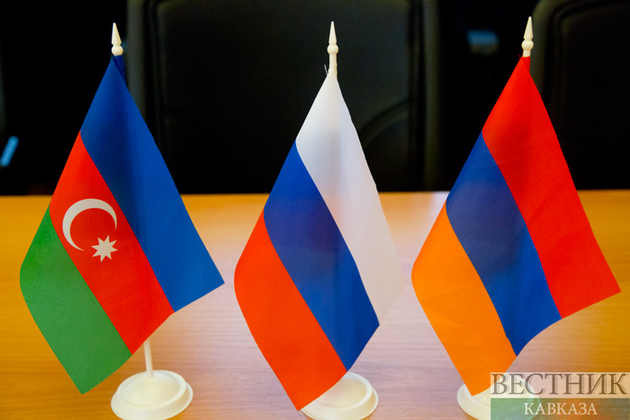 Foreign Ministers of Russia and Azerbaijan Sergey Lavrov and Jeyhun Bayramov held a telephone conversation today, during which they discussed the situation in the region and the normalization of relations between Baku and Yerevan, the press service of the Azerbaijani Foreign Ministry said.

"The ministers exchanged views on the situation in the region and the implementation of the trilateral statements of the leaders of the Russian Federation, Azerbaijan and Armenia. In addition, the founding meeting of the "3 + 3" format held in Moscow (Azerbaijan, Armenia, Russia, Turkey, Iran, Georgia refused to participate in the format - TASS' note) and the meeting of Azerbaijani and Armenian public figures were discussed", TASS quotes the Azerbaijani Foreign Ministry's statement.

"It was agreed to work towards the speedy and full implementation of the decisions of the summits, including those concerning the unblocking of economic and transport links in the region and the launch of mechanisms for the delimitation of the Azerbaijani-Armenian state border", the Russian diplomatic service says.

Also, the heads of the foreign ministries of the two countries also discussed the current agenda of Azerbaijani-Russian relations and other issues, the statement says.