Have SARS-CoV-2 symptoms changed in the UK population over time? 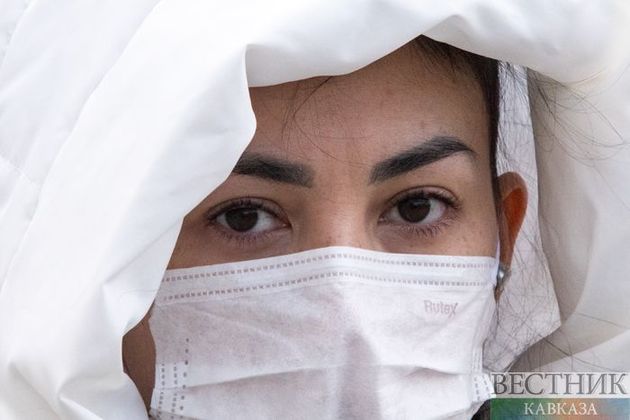 A new paper published on the preprint server medRxiv compares changes in the symptoms due to COVID-19 over the course of the pandemic to elicit their evolution with the change in variants and with vaccination status.

Using test results from over five million polymerase chain reaction (PCR) results obtained between April 26, 2020, to August 7, 2021, of which 0.67% were positive, the researchers of the current study identified approximately 28,000 symptomatic positive episodes in about 27,000 women. The authors then compared these symptoms with a similar group of symptomatic negative visits.

The positive episodes were most frequently associated with tiredness, weakness, cough, and headache, which occurred in over half the cases. Notably, headache and cough were also found, along with sore throat, in almost a quarter of negative symptomatic visits.

The specificity of symptoms was highest for anosmia and ageusia, which occurred in around a third of positive cases, each, but only 2% of negative visits. These symptoms usually occurred together. Headache, myalgia, and tiredness were also reported together.

The viral load, variant, vaccination status, and age did not appear to affect the co-occurrence of these symptoms. However, muscle pain fell a little behind headache and fatigue with the Delta variant in individuals between the ages of 6-15 years and in breakthrough infections. In the group of negative COVID-19 results, the same clusters of symptoms were observed.

Conversely, individual symptoms showed differing patterns by variants, with anosmia/ageusia being reported by 28% and 31% of those with positive symptomatic episodes caused by the Alpha variant. In contrast, wild-type or Delta variants were linked to these symptoms in approximately 38% of the episodes.

Fever and sore throat occurred in 37% of Alpha-related episodes, whereas headache occurred in 56% of individuals infected with the Delta strain. Cough or tiredness was reported in half of the wild-type-related cases, but in just over 61% and 64% of Alpha and Delta cases, respectively. For individuals over the age of 20, cough was reported by twice as many positive symptomatic people than negative, along with breathlessness, tiredness, and diarrhea.

As people became more aware of specific symptoms, positive symptomatic episodes were marked by a higher percentage of reporting of each of these symptoms. The Alpha peak in January 2021 coincided with peak symptoms except for anosmia and ageusia.

The decline in symptoms remained constant until May 2021, which is when the Delta virus hit and causing symptoms to rise again. Reports of headache, cough, and fever increased significantly as the Delta variant became dominant.

School reopening in September 2020, as well as school closures in both January and April 2021, were linked to a higher reporting of cough and sore throat that were attributed to other respiratory viruses. Winter was marked by increased gut symptoms, tiredness, muscle pain, and headache among symptomatic negative episodes, again due to other endemic seasonal microbes.

Including fatigue or weakness boosted sensitivity of detection from 74% to 81%, but at the cost of more tests per case detected. In young people, the addition of headache into the list of potential COVID-19 symptoms led to the highest sensitivity without sacrificing specificity, especially for those less than 10 years of age.

The researchers found that as different variants became dominant and with higher viral loads, the reporting pattern for symptoms changed over time. The four classic symptoms of cough, fever, anosmia, and ageusia all appeared to be optimal for screening by symptoms in low-resource settings.