Hikmat Hajiyev: Armenia turns foreign journalists into targets by sending them to zone of ongoing hostilities 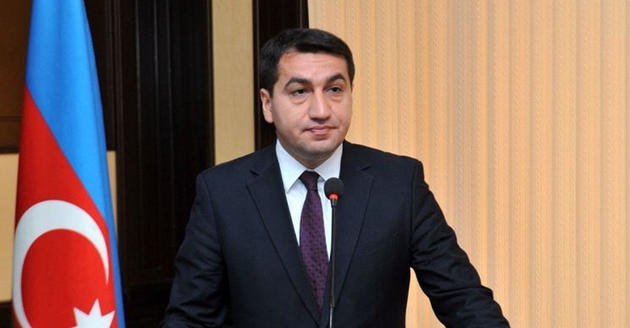 Armenia turns foreign journalists into targets by sending them to the zone of ongoing hostilities, Head of the Foreign Affairs Policy Department of the Presidential Administration of Azerbaijan, Hikmat Hajiyev said.

He called upon foreign journalists not to go to the territories where the hostilities are ongoing.

"If the journalists are in areas close to the firing zone, then we are not responsible for their safety. Armenians bring the journalists to places of hostilities, thereby continuing provocations. In this case, Armenia bears direct responsibility," Hajiyev said.