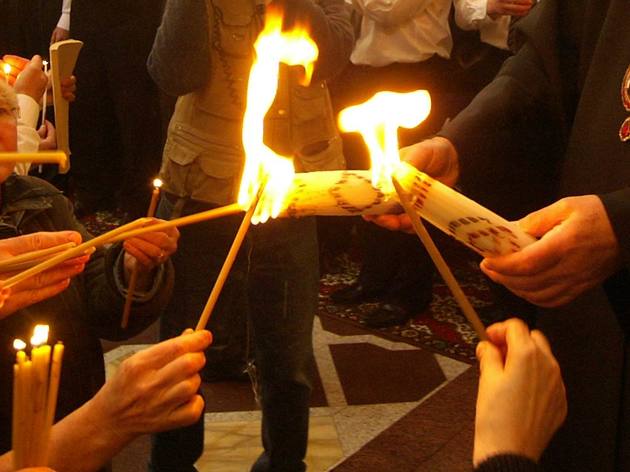 The Holy Fire from Jerusalem was delivered by a charter flight to the Stavropol Territory. In Stavropol, the shrine was met by representatives of dioceses, cossacks and local parishioners.

North Caucasus Federal District became the first district of the country, where the Holy Fire was delivered on Saturday.