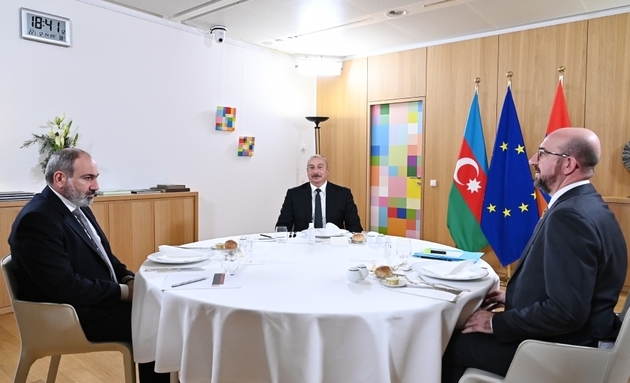 President of Azerbaijan Ilham Aliyev has a joint meeting with President of the European Council Charles Michel and Prime Minister of the Republic of Armenia Nikol Pashinyan over dinner in Brussels on December 14.

The trilateral meeting was held over dinner.

Earlier that day, Ilham Aliyev held a separate meeting with Charles Michel. In addition, the Azerbaijani leader held a joint press conference with Secretary General Jens Stoltenberg at the Alliance`s headquarters in Brussels.