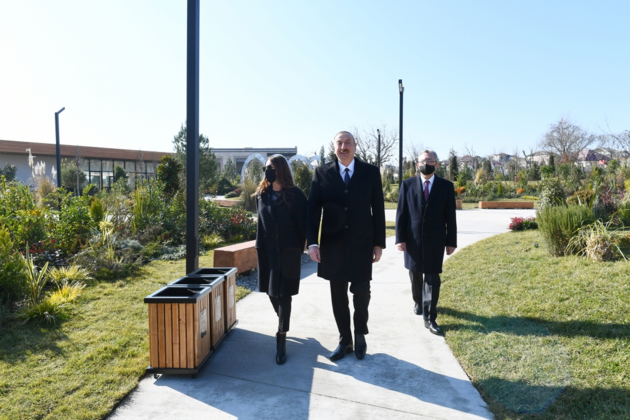 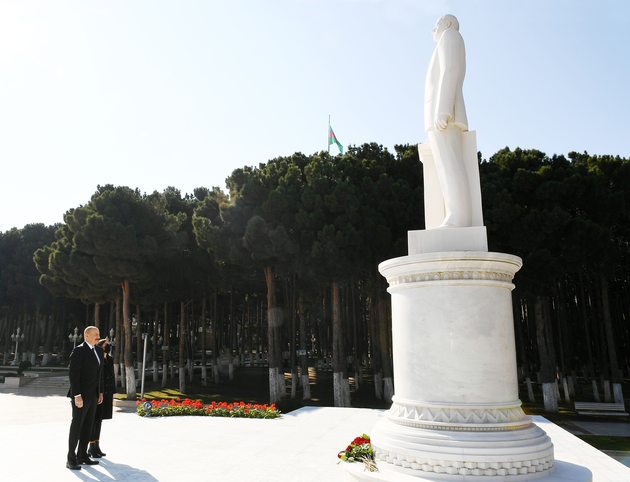 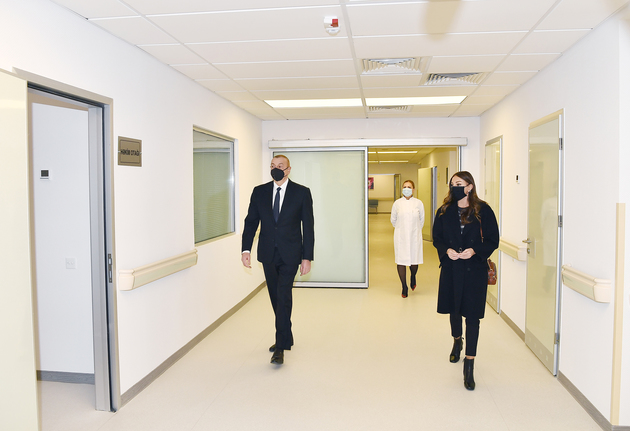 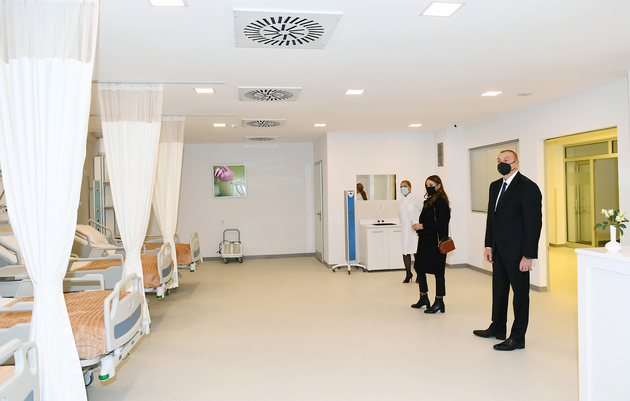 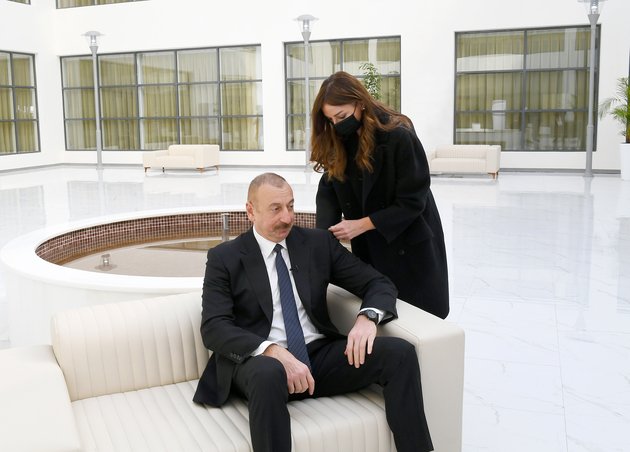 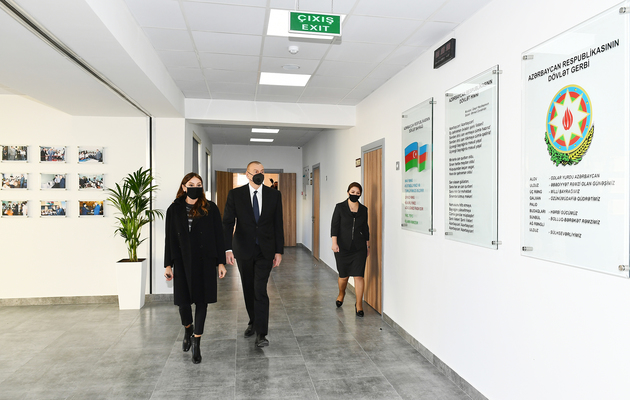 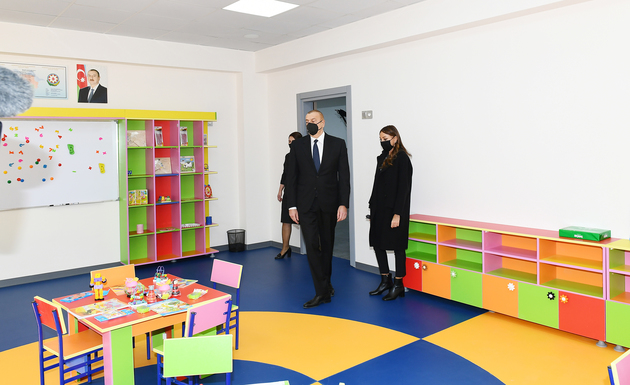 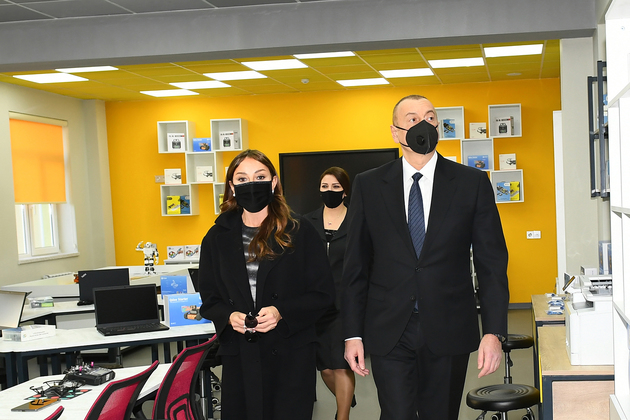 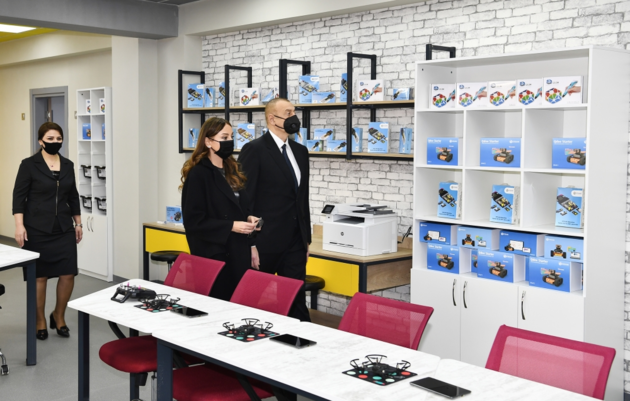 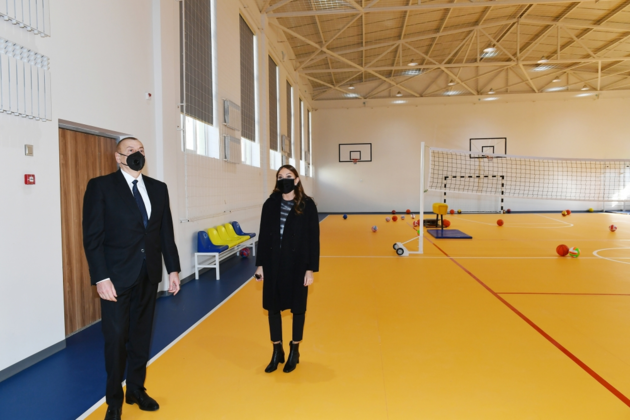 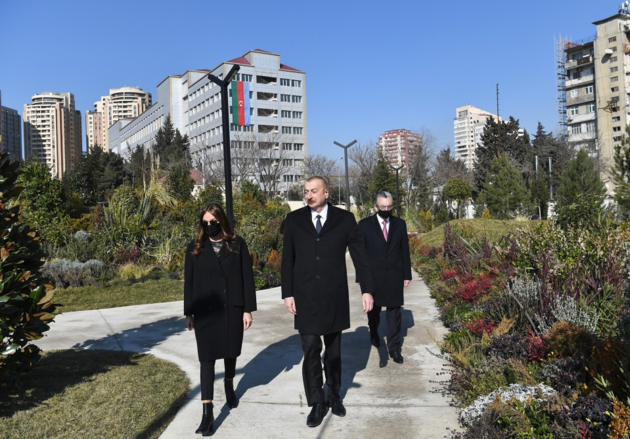 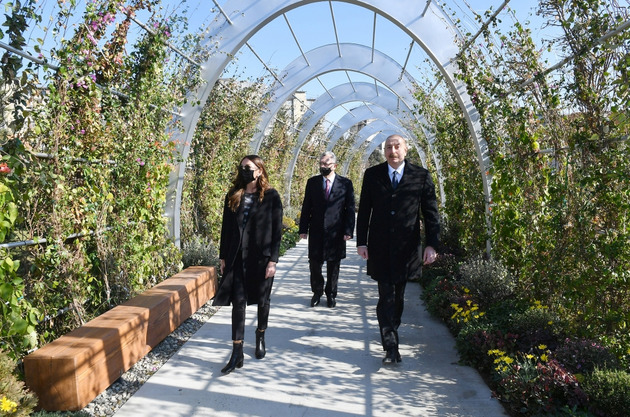 President of Azerbaijan Ilham Aliyev and First Lady Mehriban Aliyeva have attended the inauguration of several social facilities in Absheron district, as well as a newly laid forest park in Yasamal district.

The head of state and first lady visited the statue of national leader Heydar Aliyev in the city of Khirdalan and laid flowers there, AzerTAc reported.

President Aliyev then launched the newly built 110/35/10 kV Khirdalan substation through remote SCADA Dispatcher system. The head of state was also informed about the completion of the first phase of the new SCADA project.

The President of the Republic of Azerbaijan and the First Lady viewed conditions created at the school-lyceum No 3 in the city of Khirdalan, Absheron district.

A 1176-seat block of the school was renovated and a 1200-seat new additional block was built under the Order of the head of state. The newly built block features modern classrooms that are supplied with the necessary teaching aids.

Ilham Aliyev and Mehriban Aliyeva attended the opening of a newly constructed building of Absheron District Central Hospital. They viewed conditions created at the hospital.

Built under the Order of the Azerbaijani President, the 150-bed hospital was supplied with the necessary equipment. After viewing conditions created at the new hospital, President Aliyev was interviewed by the Azerbaijani Television.

In addition, Ilham Aliyev and Mehriban Aliyeva attended the inauguration of a new forest park in Yasamal district, Baku.

The head of state and first lady viewed conditions created at the park. The park, built on the instructions of President Ilham Aliyev, occupies a total area of 4 hectares.