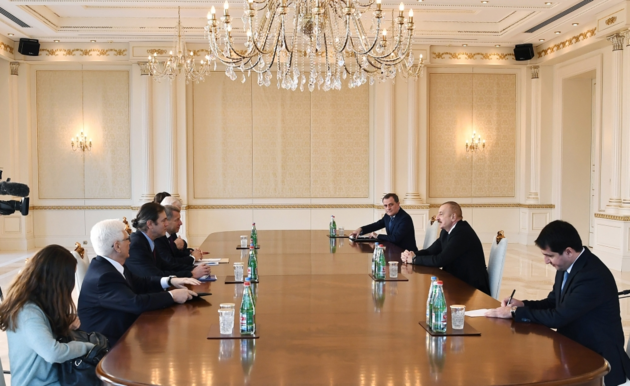 Azerbaijani President Ilham Aliyev criticized the activities of the OSCE Minsk Group during the meeting with the group’s co-chairs from France and the United States in Baku.

Having addressed the visitors, he said that he was ready to listen to the co-chairs, because "it was their idea to come here," AzerTAc reports.

The head of state noted that he did not invite the OSCE Minsk Group, but when he was told that the co-chairs want to come, he did not mind.

Further, Ilham Aliyev asked the co-chairs, if they have something to say in front of the camera, and if not, he would not keep them any longer.

First round of Mammadyarov-Mnatsakanyan talks held in Geneva