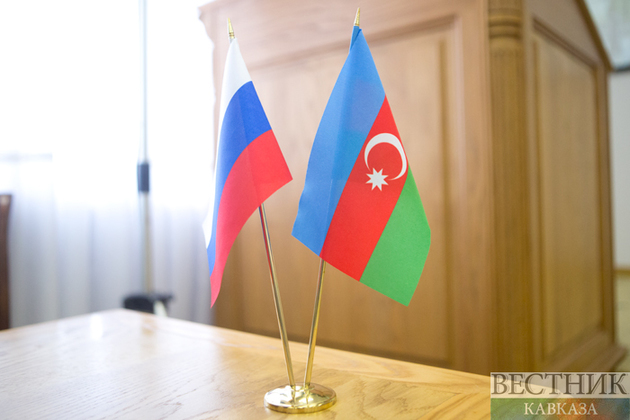 Russia values its relations with Azerbaijan, Russian Foreign Minister Sergey Lavrov said at the meeting with his Azerbaijani counterpart Jeyhun Bairamov in Baku on Friday.

"The global situation requires a constant exchange of views and assessments, as well as the agreement to take each other's interests into account, as allies should, in light of the declaration of allied cooperation signed in February," the Russian diplomat stressed.

Lavrov said he had "a detailed, businesslike, frank conversation" with Azerbaijani President Ilham Aliyev on Thursday to discuss every essential area of bilateral cooperation.

"The impulses we receive from our leaders have been definitively confirmed, and we have a clear idea of how to work in all these areas, including the economy, investments, finance, social and humanitarian affairs and, of course, in the field of coordination of foreign political actions," Interfax-Azerbaijan cited Lavrov as saying.

The minister said he "is always pleased to visit Baku, which is literally blooming and creates a certain mood, which, truth be told, is not very conducive to work." "We appreciate our relations, and it's always a pleasure to combine personal contacts with the discussion of our joint work tasks," he said.

Russian-Azerbaijani contacts are developing in a number of formats, including an inter-regional forum, a youth forum, and a humanitarian forum, which, in the opinion of Lavrov, "should be relaunched after the pandemic pause."

In turn, Bayramov said that the talks are a good opportunity to discuss "a broad agenda of Russian-Azerbaijani interaction in various matters." He noted the active celebrations of the 30th anniversary of bilateral diplomatic relations and the vast agenda for the second half of this year.

Bayramov said he was hoping to discuss both the bilateral agenda and the ongoing regional and global processes at the talks with Lavrov.

Russia’s top diplomat Sergey Lavrov arrived in Baku from Tehran on June 23 and met with Azerbaijan’s leader Ilham Aliyev later in the evening. At the meeting, Lavrov said Russia was ready to contribute to normalization talks between Armenia and Azerbaijan upon consent of the two sides.