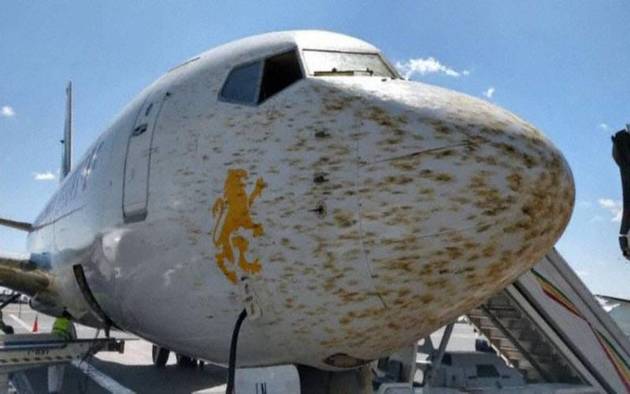 An Ethiopian airliner was diverted to Addis Ababa Airport after colliding with a swarm of locust midair.

As it was approaching Dire Dawa for a landing, the aircraft initially flew through a small number of locusts, Aero-News, a multi-channel aviation digital hub reported.

The crew decided to approach Dire Dawa with caution since the locusts were not enough to prevent them from approaching the airport.

Few moments later, the plane hit a larger swarm with some locust trapped in the engine and others hit the windshield which impacted and reduced visibility from the cockpit window.

According to simplyflying.com, the pilot tried in scant success to clean the screen using wipers.

No casualties were reported and the Dire Dawa bound passengers had another flight.