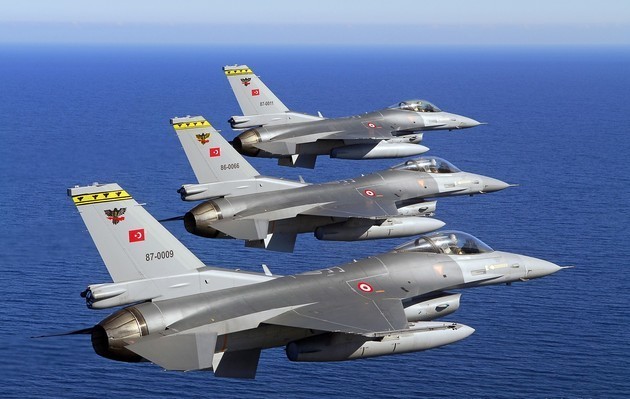 Türkiye will take care of itself if it does not receive the F-16 fighter jets promised by the USA, Turkish President Recep Tayyip Erdoğan said today in an interview with PBS TV channel, Turkish newspaper Yeni Şafak writes.

"...Mr. US President Joe Biden promised me to resolve the issue with the F-16. I know that Biden looks at it positively. We even had meetings with the Republicans, and they said that they would also look at it positively. Now, if we don’t get the desired result from the United States on the F-16 issue, what will we do? We will take care of ourselves", Erdoğan stressed, RIA Novosti reports.

"You will provide all possible support to Greece on F-16s, you will establish bases there, but you will not give this support to a friendly country in NATO like Türkiye, a country that provides all kinds of support in NATO, which is one of the top five. In this case Türkiye should take care of itself. As for the rest, we have no problems with the US", Erdoğan added.

Let us remind you that earlier the United States sent an official notification to Turkey about the country's exclusion from the program for the latest F-35 fighter jets supply due to Ankara's purchase of Russian S-400 air defense systems.

Turkey wants to cooperate with US in fight against terrorism