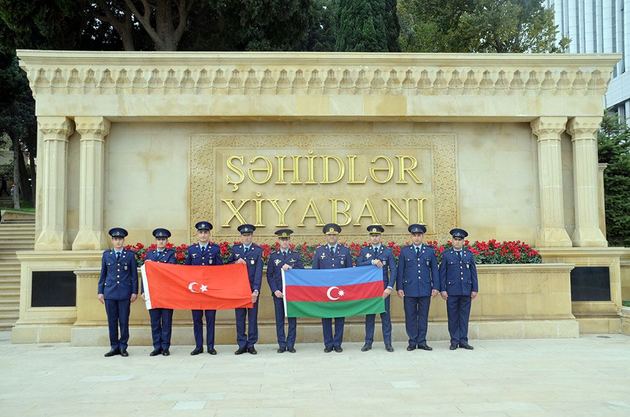 The 'Iron Fist' expedition in Azerbaijan, dedicated to the anniversary of second Karabakh war was organized with the participation of a group of servicemen of the Air Force, climbers of the Gartal Mountain Sports Club, and Baku.TV employees, according to Azerbaijani Defense Ministry.

First, the expedition visited the Alley of Martyrs in Baku, laid flowers at the graves of the martyrs, honoring their memory.

The a group of climbers reached the 'Zafar' peak on the territory of Azerbaijan's Guba district.

The climbers reached the 'Zafar' peak (the Bazarduzu mountain peak in the Greater Caucasus range Mountains), at an altitude of 4301 meters above sea level.

There, National Anthem of the Republic of Azerbaijan was performed, the memory of martyrs of the second Karabakh war was honored with a minute of silence.