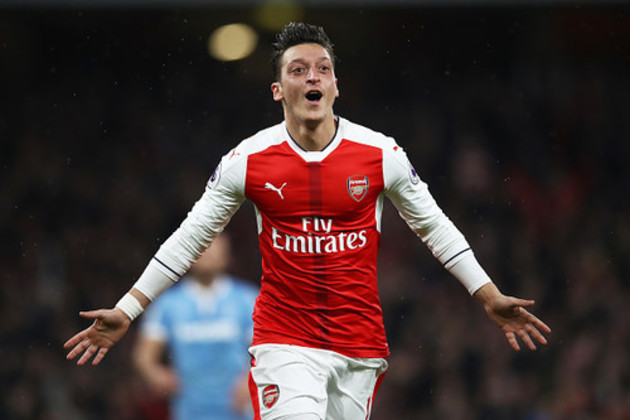 The long-running saga between Mesut Ozil and Arsenal came to an end on Sunday as it was announced that the midfielder has joined Fenerbahce on a three-and-a-half-year deal.

Ozil, who scored 44 goals in 254 appearances for the Gunners, has been frozen out of Mikel Arteta's squad in recent months with his final appearance coming in March last year.

"7.5 years. Nearly 3,000 days. It feels strange to be writing this message after such a long time here in London," Ozil wrote on social media. "Since the moment I arrived, it has felt like home. I was welcomed with open arms by all the Arsenal staff, my teammates, and most importantly the incredible fans."

Ozil added the he will be "a Gunner for life - no doubt about that" and concluded the message by saying that his "connection with this amazing club will never fade. It might be goodbye for now, but it's not goodbye forever."

Arsenal and Fenerbahce, currently third in the Turkish Super Lig, both confirmed the transfer, CNN reported.

Ozil appeared to hint at his move to Turkey on January 11 when he responded to a fan on Twitter saying he has supported Fenerbahce since he was a kid growing up in Germany.